NVIDIA will be holding an event for PC gamers on September 18 called GAME24. GAME24 is 'the first global celebration of PC gamers' and will take place in multiple locations across the world: Los Angeles, Shanghai, Stockholm, London, and more.

Better yet, is that if the reports are true, NVIDIA will officially launch its new GeForce GTX 900 series on September 19, the day after GAME24. VideoCardz.com has done some detective work, where they found the main page to be titled "NVIDIA Maxwell Teaser homepage" that the Twitter hashtag of #maxwelliscoming in between the lines of some javascript. 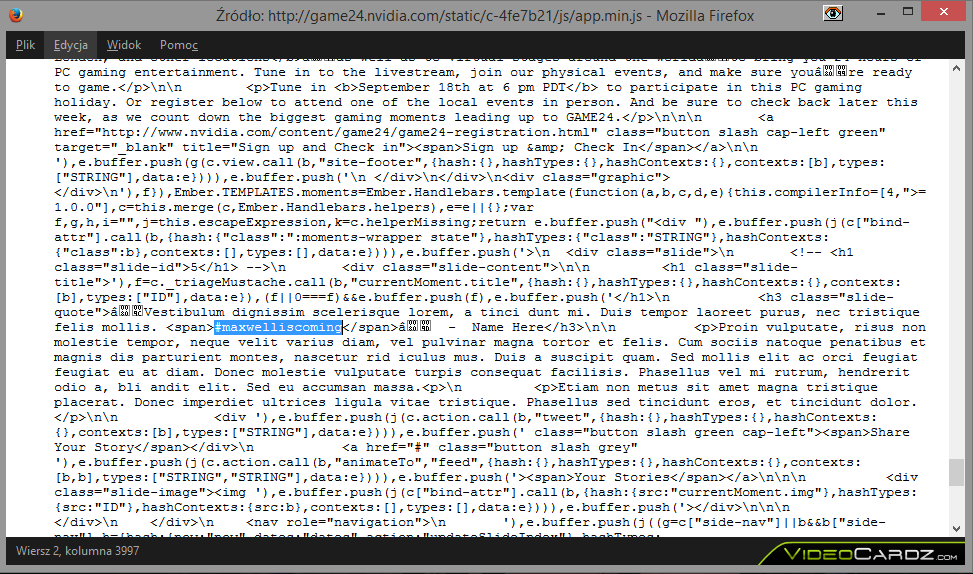 Whatever happens, you can be sure we'll be on it here at TweakTown, giving you the details on NVIDIA's next-generation GPU launch, and GAME24, as it happens.