One very disgruntled gamer called in a bomb threat to a popular video game streamer, which resulted in a SWAT team bursting into the room with automatic weapons drawn, throwing Jordan "Kootra" Mathewson to the ground and handcuffing him.

Mathewson, part of The Creatures, was streaming a game of Counter-Strike in his hometown of Littleton, Colorado when the SWAT team came busting through the door, throwing him to the ground, handcuffing him, searching the room - and if you notice in the video, going through his phone. Last time I checked, this was against the law, as the police officer could be removing any evidence from the phone, but that's for another day.

The Littleton police were called to the address after a false report sent into 911 of an active shooter with multiple victims, this lead to the Littleton Public Schools having multiple schools in lockdown, according to KMGH-TV of Denver. This isn't the first time a SWAT team has been called into a gamer's house, as it is known as "SWATting" where someone will call in a bomb or shooting threat, which results in the other party (or gamer) having the SWAT team bust into their room or house. 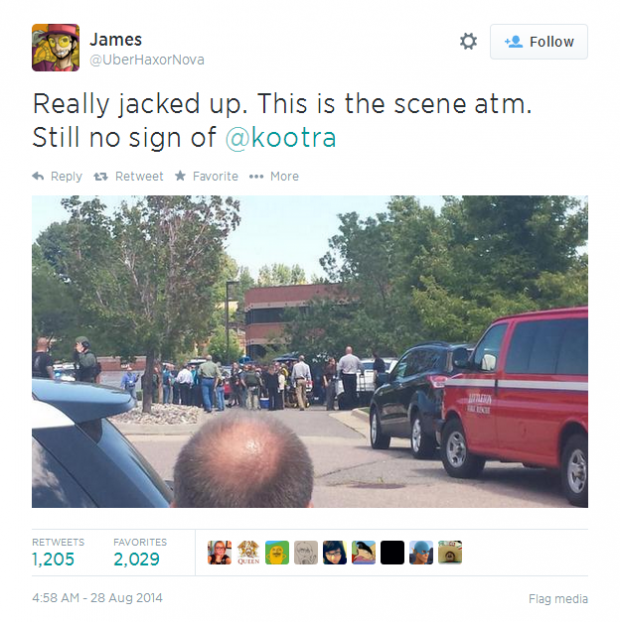