Microsoft has issued an update for the popular Office for iPad app that brings some new tricks for Word, Excel, and PowerPoint. The update brings several user requested features to the apps, with one of the big new features being the ability to export files as PDFs. 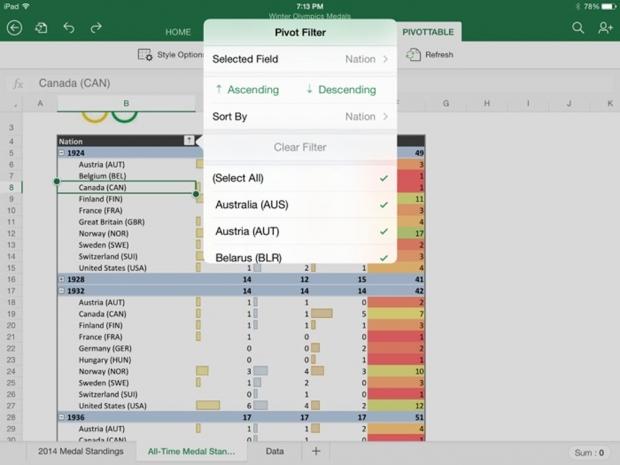 Each of the apps has also received new Picture Tools that allow users to the ability to crop to focus on the portion of the image that's important. All three of the apps also get support for third party fonts in the update.

Excel also gets improved support for external keyboards and support for "Flick to Select" so you can select data in a cell with a flick of your finger. The new features for Word include the Picture Tools, fonts, and PDF feature. PowerPoint received more improvements with a new Presenter View, new presenter tools for highlighting and drawing, and more.