We've been hearing about the next-gen Shield device from NVIDIA for a while now, something that should come to us in the form of a new tablet. The latest rumor is that NVIDIA will launch its Shield Tablet on July 29, starting at a competitive price of just $299. 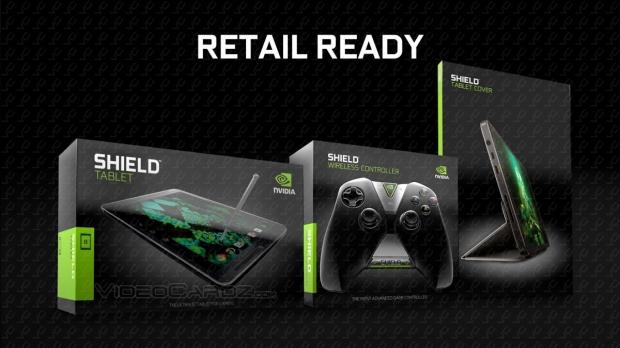 The new NVIDIA Shield Tablet will come in two sizes, 16GB and 32GB, with the 16GB version being Wi-Fi only at $299. The 32GB version will feature LTE connectivity, with an additional $100 cost for a total of $399. There will reportedly be two accessories sold alongside it, the first being the Shield Controller for $59 and the second being the Shield Cover for $39. 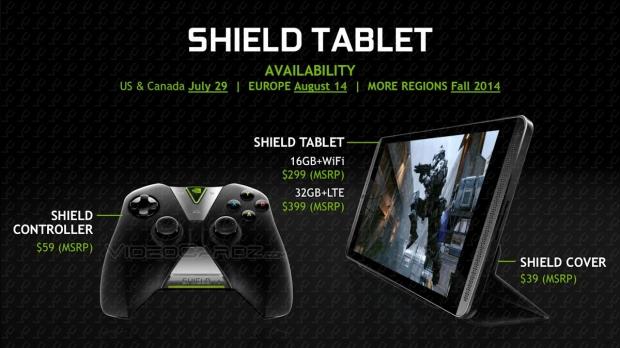 NVIDIA will cram in some great technology and options into the Shield Tablet, starting with an 8-inch 1920x1200 IPS LCD display, microSD card support up to 128GB, Stylus support and it will also be 4K/Ultra HD ready. Inside of the Shield Tablet we should find NVIDIA's very capable Tegra K1 processor, which will feature 192 CUDA cores. Other than that, we have 2GB of RAM, a 5-megapixel cameras are featured up front and back, Bluetooth 4.0, and Wi-Fi 802.11 a/b/g/n.

So what we have here, is an unbelievably priced gaming tablet with some great features - with a resolution that beats the next-gen consoles at $100 less than the Xbox One and PS4.