Typically, when we talk about missions to the ISS to resupply the crew aboard the space station, we are talking about SpaceX. The other company that has a contract in the US to resupply the ISS is Orbital Sciences, and it has just launched its third mission to the ISS. 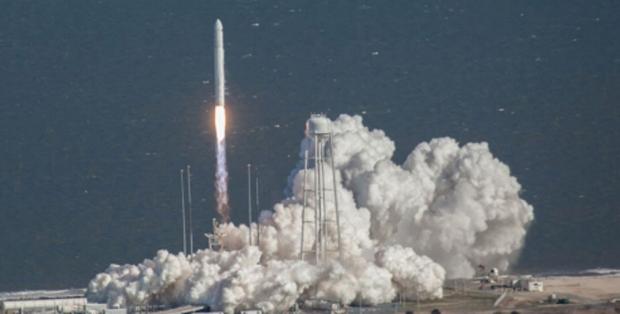 Orbital put its Cygnus unmanned spacecraft into orbit yesterday with a cargo hold packed with supplies for the space station. Among the supplies aboard the spacecraft was food, science gear, and mini satellites. Cygnus launched and was successfully put into the required orbit to link up with the ISS after a "perfect" launch. Orbital has one more resupply mission set for this year with three to take place in 2015.

"Today's mission was the fourth successful launch of Antares in the past 15 months and the third deployment of Cygnus in less than year," said David W. Thompson, Orbital's president and CEO. "So far, our second operational CRS mission is off to a great start with Cygnus operating exactly as anticipated at this early stage of the mission. We are very pleased to be a reliable partner with NASA to meet their need for reliable, regularly scheduled cargo resupply for the ISS."