Many people get around by train all around the world, but Japan has some of the coolest trains in the world. The Japanese bullet trains can streak down the rails at very high speeds cutting transit times significantly. A Japanese rail service called Japan Rail East has had a Ferrari designer create a very cool luxury train. 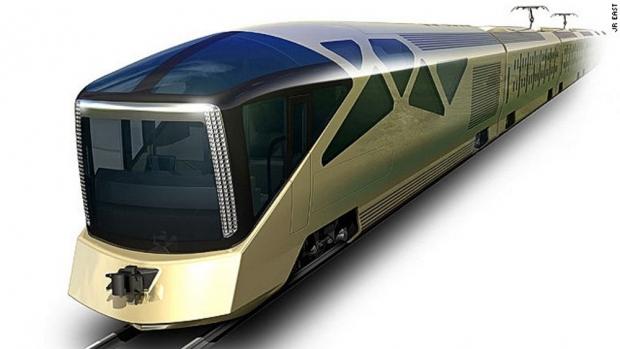 The designer creating the sleek train is Ken Okuyama and the design is called the Cruise Titan and is set to go into service in the spring of 2017. The train will hold 34 passengers and is to feature ten carriages with five suites inside. One of the suites will be a deluxe unit and the train will feature two glass walled observation cars, a dining car, and a lounge.

The train will have an observation car in the front to allow the passengers to see down the tracks in front of the train. All of the suites will have a shower and toilet with space for four people to sleep. Cruise Titan will be able to operate on electric and non-electric rails.