Computex 2014 - Taking the elevator up to the 36th floor of the beautiful Taipei 101 building we headed to the GIGABYTE suite to see what was being offered by the company. Inside we were greeted with an absolute wealth of motherboards with a large amount of the focus being on the new Z97 chipset from Intel. 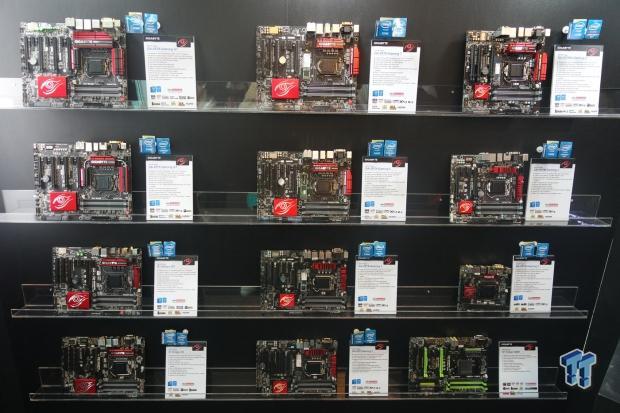 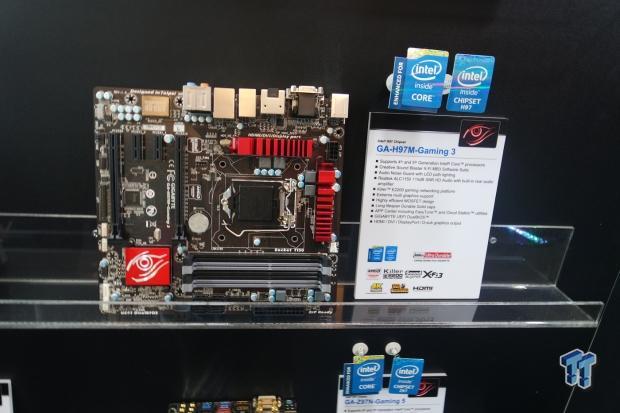 Split into three sections we had the Gaming series showing off boards based on the Intel Z97 and H97 chipset along with an AMD A88X based motherboard. Looking at the huge line up of motherboards we can't deny that two particular boards stole our focus. The first based on the H97 chipset. The MATX designed H97M-Gaming 3 looked great with its small foot print. With a strong lineup of features including Killer E2200 networking and support for both SLI and CrossFire this board is no doubt going to be an attractive option for people wanting something that's not too big. 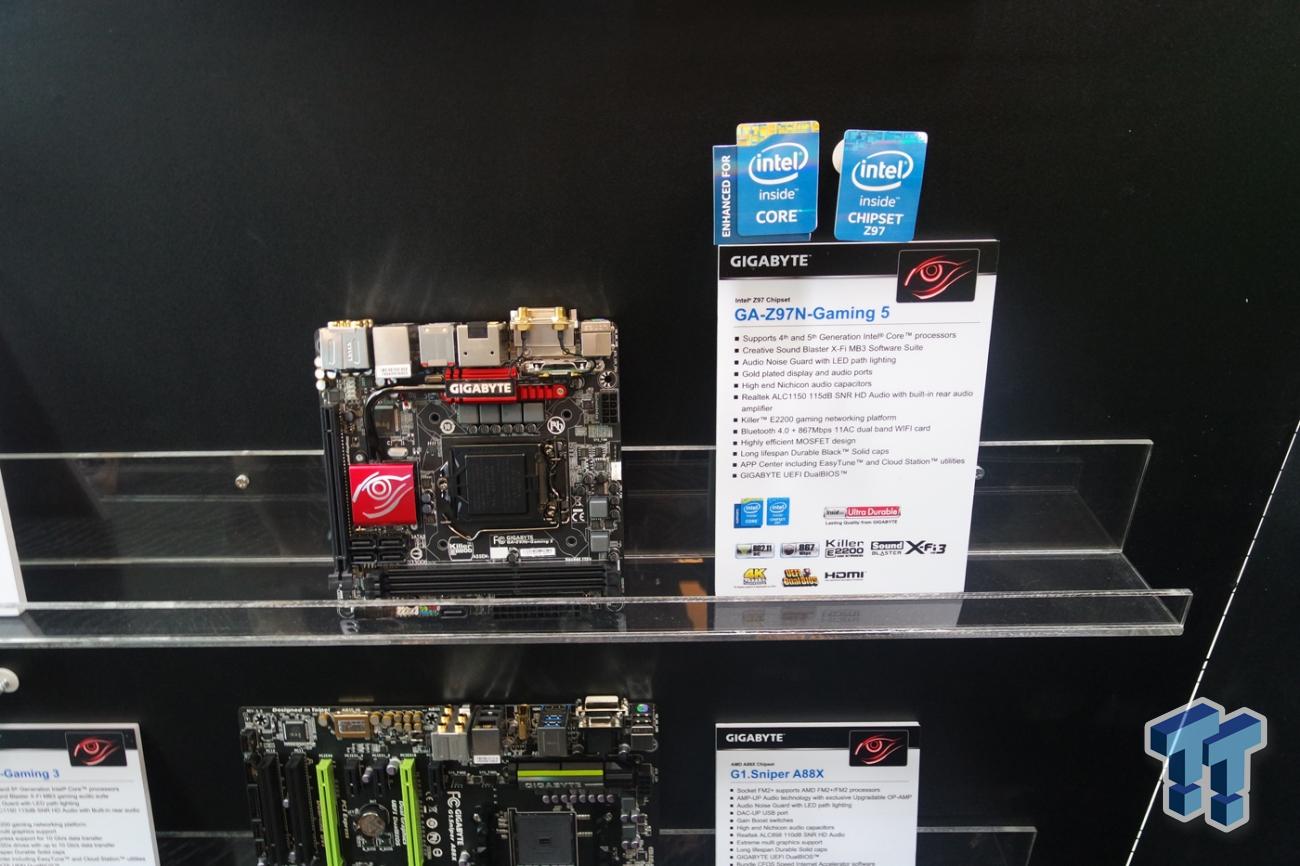 Scanning the rest of the boards the awesome looking MITX Z79N-Gaming 5 was a board I knew instantly I must have. Organizing a sample on the spots the Z97 based motherboard carries with it Killer E2200 networking along with Bluetooth 4.0 and Wireless networking up to 802.11 AC. Keep an eye out for this board as GIGABYTE shoot it over to us after Computex. 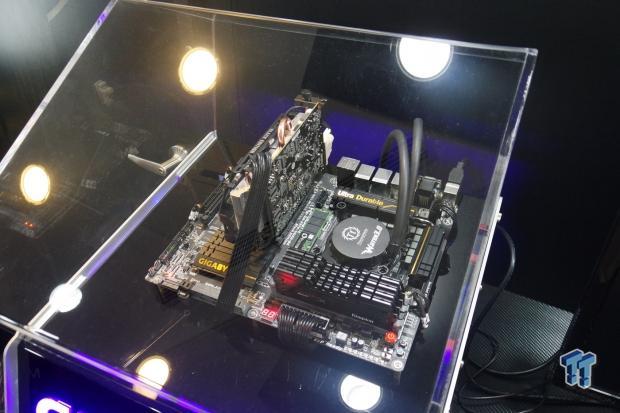 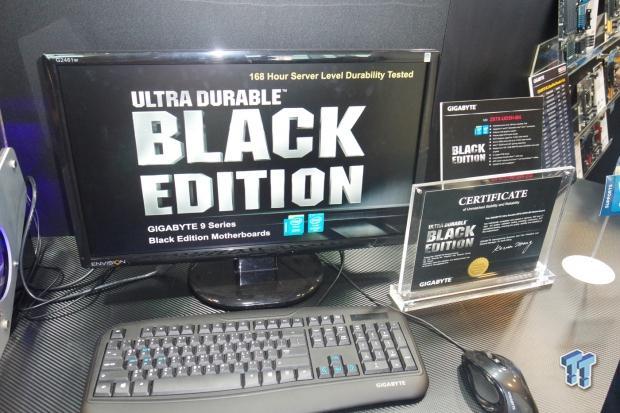 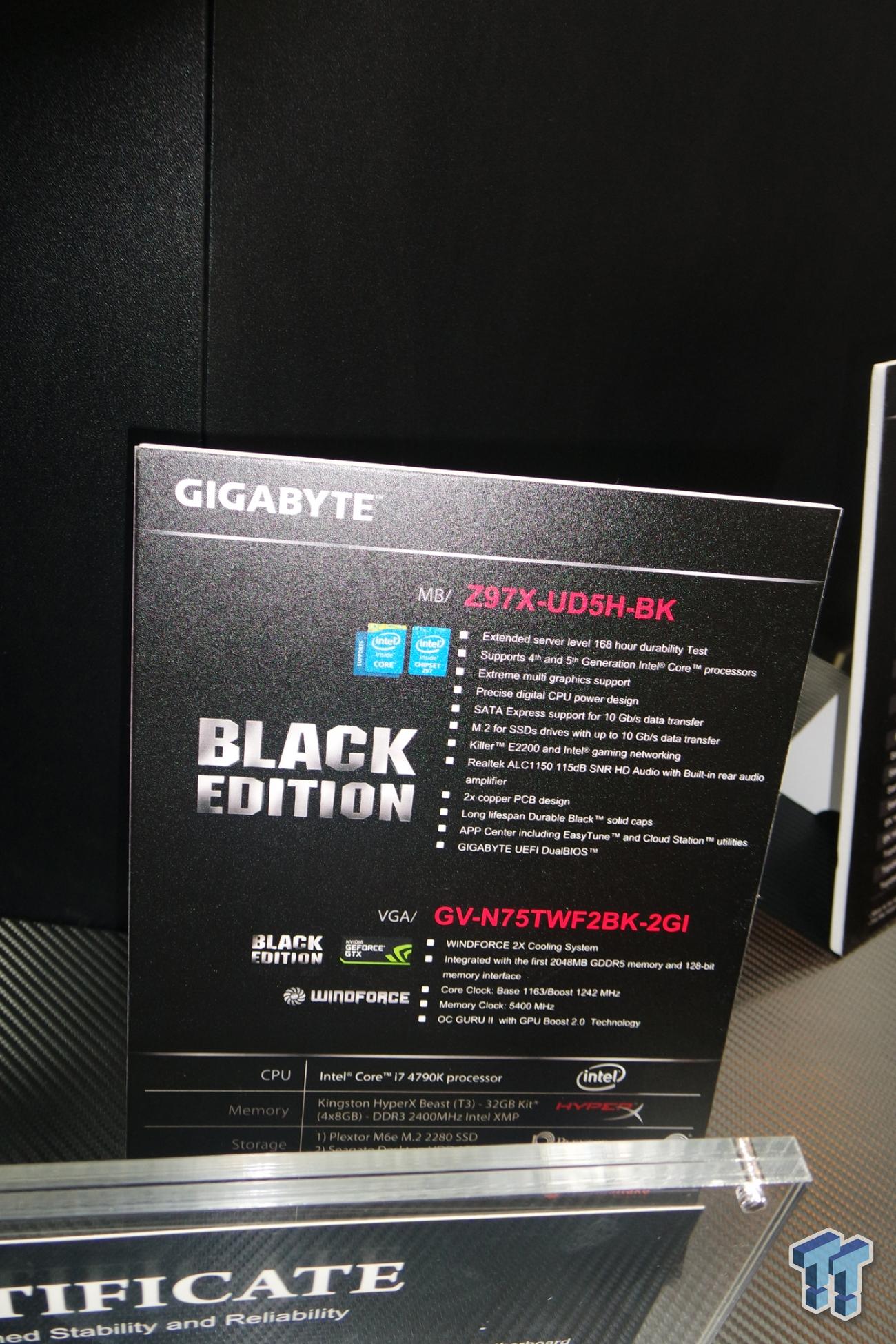 Working our way through the rest of the room we found the beautiful looking Black Edition Z97X-UD5H-BK. Limited to just 3,000 boards the Black Edition series is a beautifully feature packed series that brings a massive 5 year warranty and a Certificate of Unmatched Stability and Reliability. GIGABYTE has already sent us the Z97X-GAMING G1 WIFI-BK which sits at the top of the Black Series Pyramid. Keep an eye out for that review after Computex as we get back into the swing of testing. 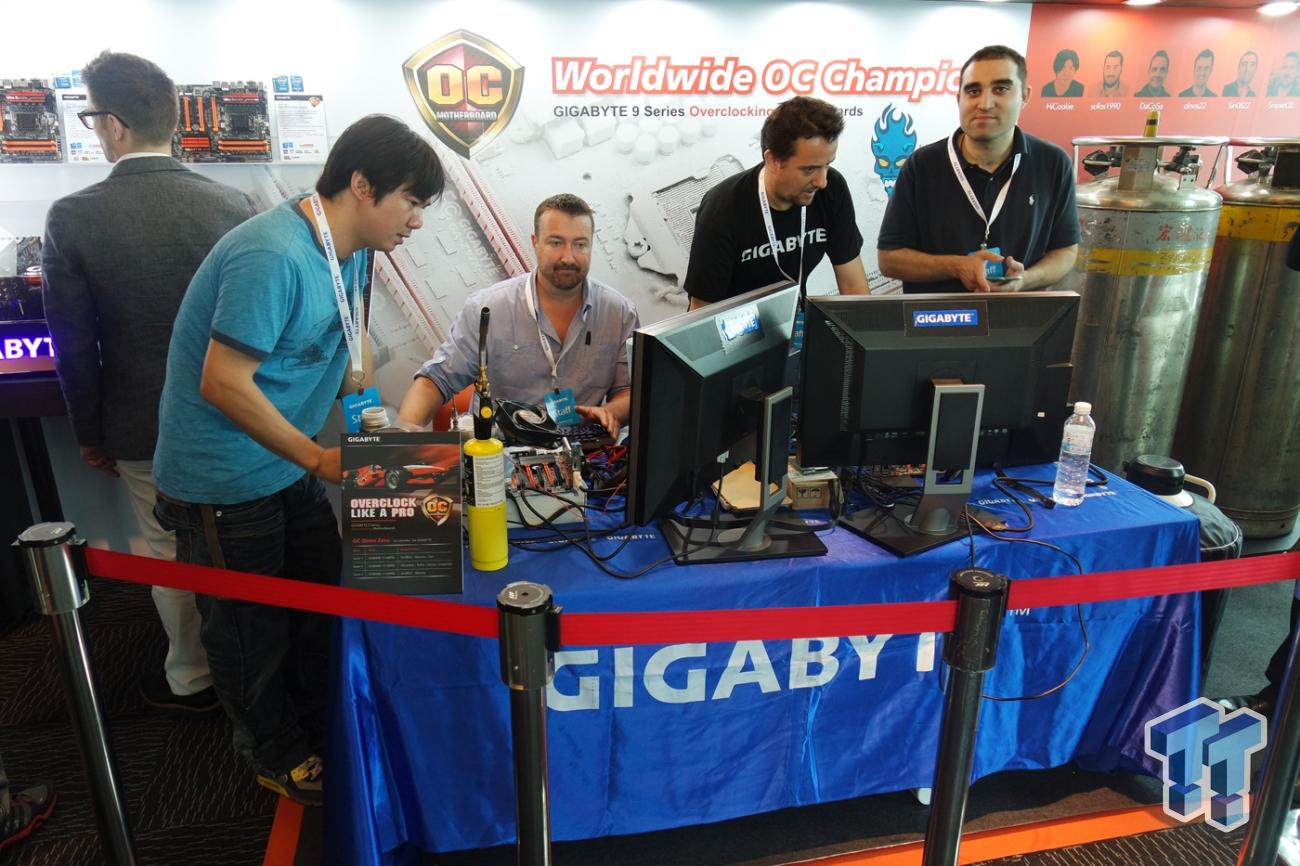 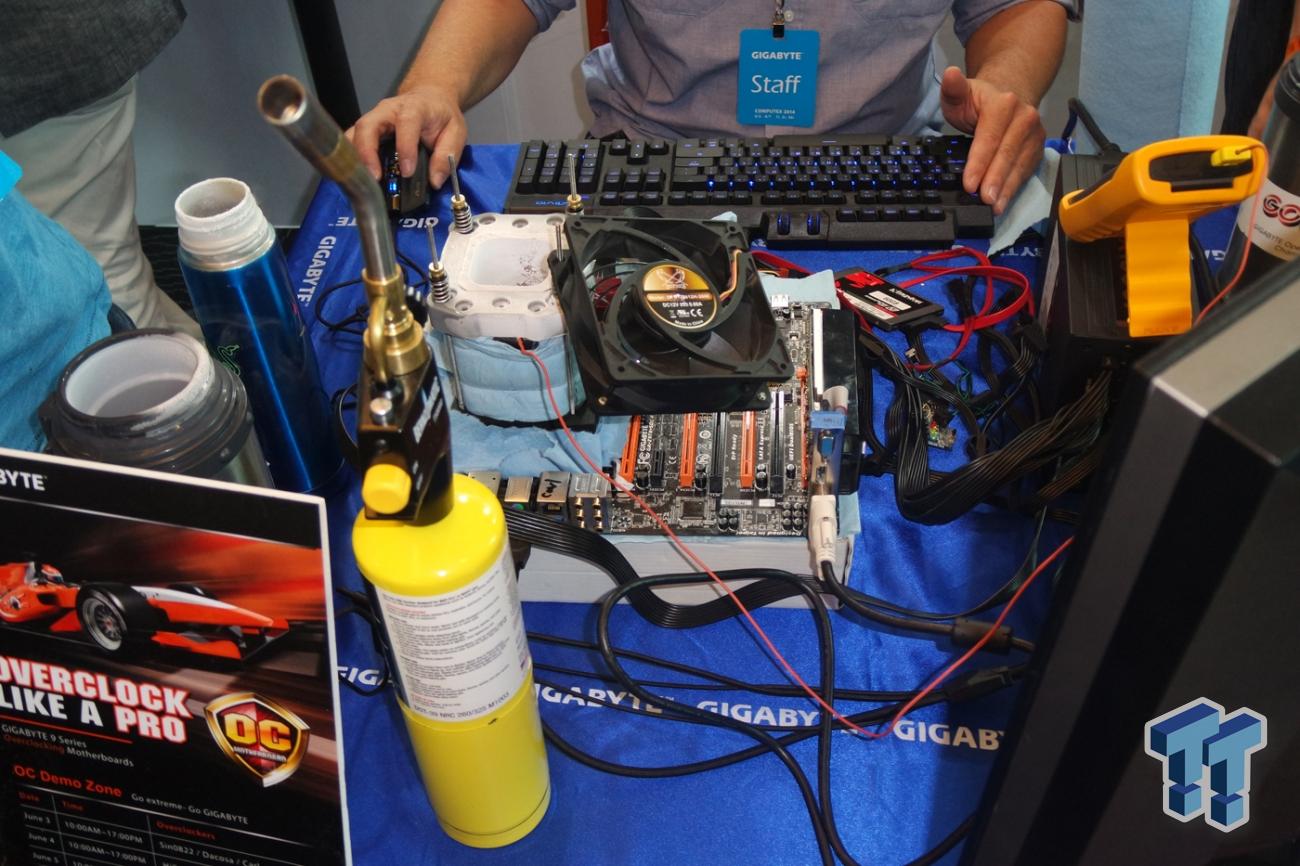 Making out way out of the room we catch a glimpse of our friends Hi Cookie, Steve and Dino sitting at a desk surrounded by LN2. Using the new LN2 designed board GIGABYTE was showing off yesterday these overclocks and more sat around trying to break any world record they could. As soon as it was broken they would then be able to announce to everyone in the room that they had achieved it. Unfortunately they didn't break anything in our short visit but we're sure the hard working team at GIGABYTE will set some new records during the week.