Computex 2014 - Hanging out with Zotac this afternoon we got a chance to check out what the company was doing with the latest batch of ZBOX systems. While gaming might not be the first thing that comes to mind when looking at these small systems; that's indeed set to change with the launch of the new EN760. 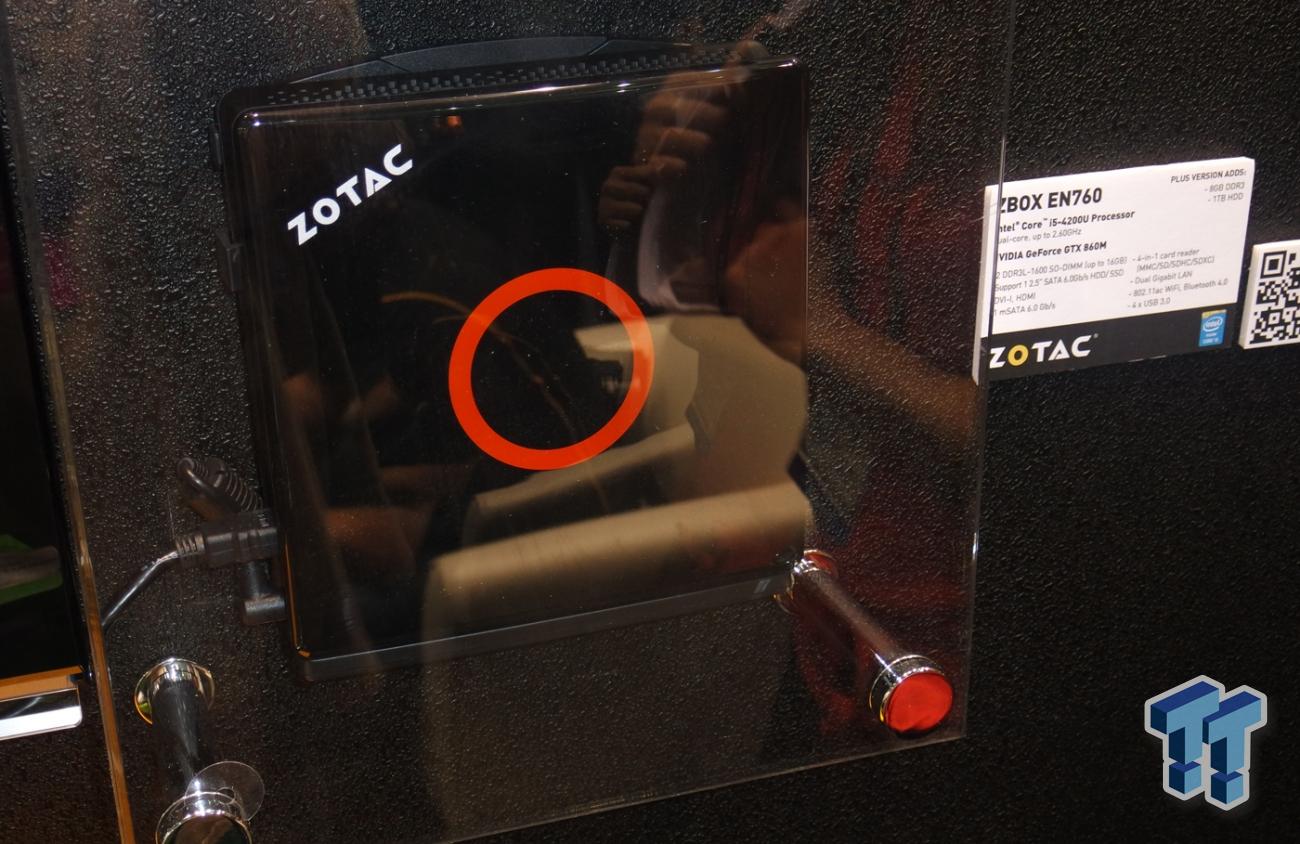 Sporting the speedy NVIDIA GeForce GTX 860M the ZBOX EN760 which can be bought as a bare bone or pre built will no doubt grab the attention of gamers who are looking for something both competitively priced and small. Carrying the Dual Core i5 4200U Intel Processor alongside 8GB of DDR3 and a 1TB Hard Drive you'll find yourself having a great time with this tiny system. 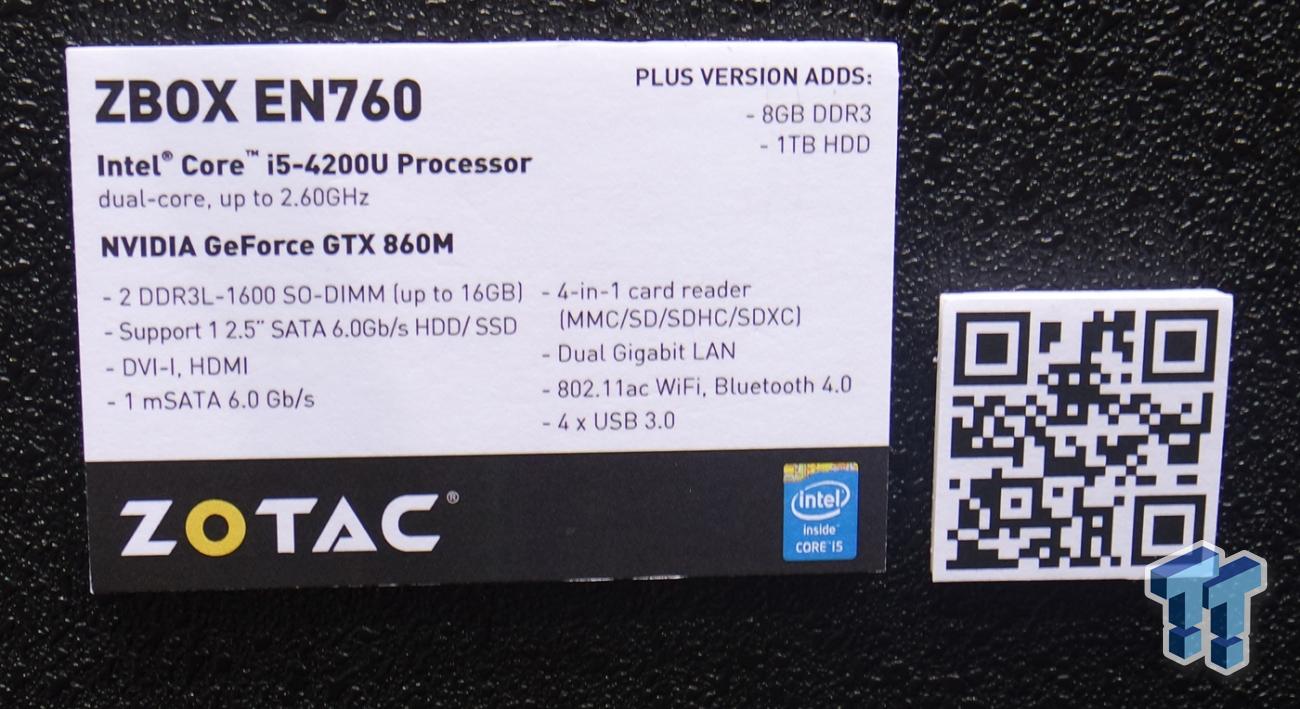 Buying the barebone version, though, you'll be able to jam 16GB of DDR3 in to the system via the two SO-DIMM slots along with a nice fast SATA III SSD or SATA III mSATA drive. Along with support for that, we find Dual Gigabit LAN, DVI-I and HDMI video outputs along with Bluetooth 4.0 and 802.11ac networking.

Already in transit; the new ZBOX EN760 is set to be available in the next few weeks.