GIGABYTE has quite the air-cooling solution in its popular, and very capable WindForce coolers - but the company has just stepped up its game, unveiling its new WaterForce cooler. 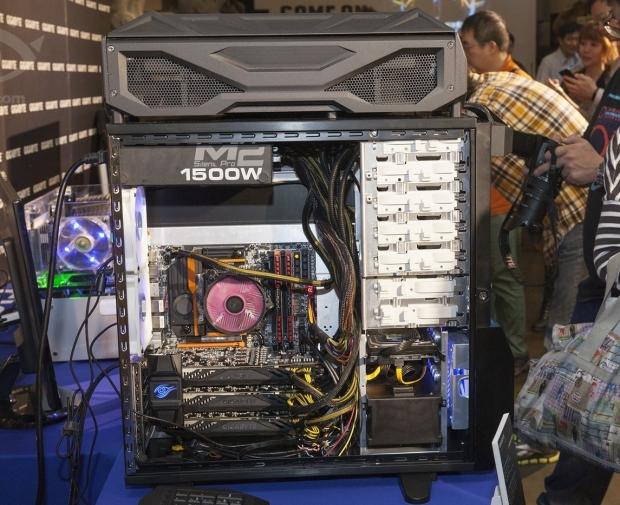 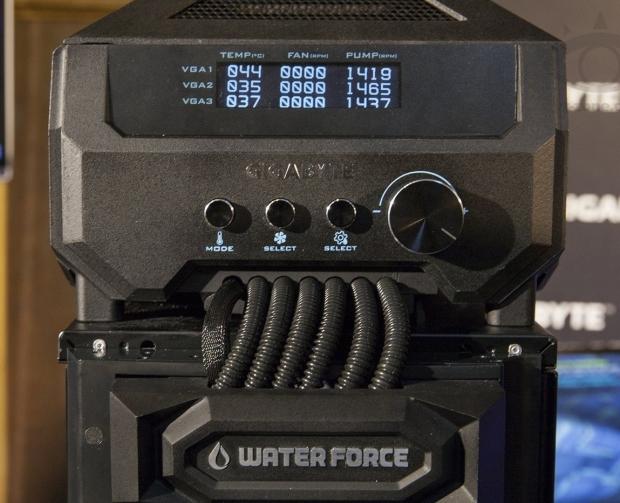 GIGABYTE's WaterForce cooling solutions were shown off during the Tech Tour event on April 25, 2014. GIGABYTE's WaterForce solution includes a massive external module that houses the coolant reservoirs, an even bigger radiator with multiple fans, the pumps, and ports for cooling for individual GPUs, that get pushed through to your case through a hub that requires a spare 5.25-inch drive bay. 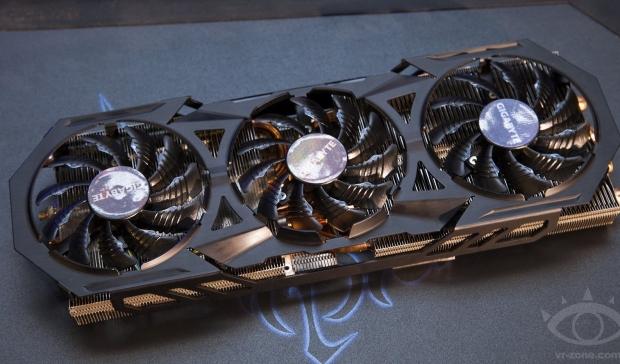 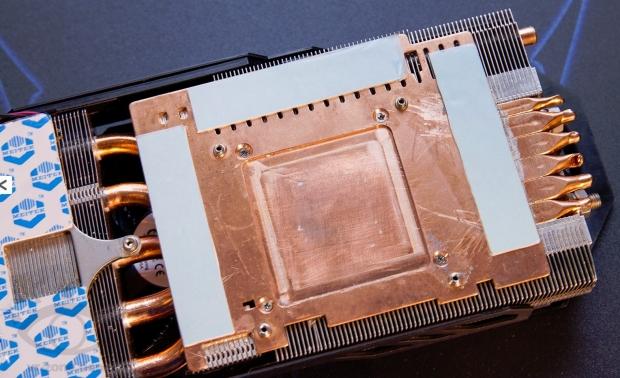 The company has put some serious time into WaterForce, as the main unit displays temperature for each of the coolant channels, where you can control everything performance-wise, including taking temperatures and noise levels. The tubes then get connected to a WaterForce-capable GPU, which feature full-coverage water blocks that cover the GPU, RAM and VRMs - a nice touch.

Not only that, but the Taiwanese-based company showed off its WaterForce solution using three NVIDIA GeForce GTX 780 Ti GPUs, as well as some new solutions. One of which was the new WindForce 600W cooling solution, which should be able to keep some seriously overclocked GPUs cooled - being able to handle thermal loads of an insane 600W and all.