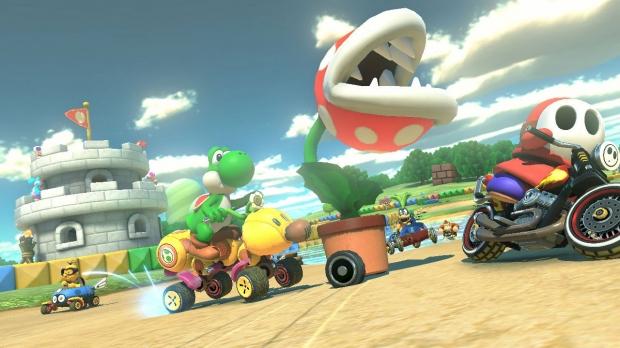 We already know some of the fun in store for the game, like the ability to drive on the ceilings and walls of some levels. Nintendo has now announced some more features for the game including a spin boost power up for when you are on those walks and ceilings.

Spin boost will activate when you bump other characters or certain obstacles on the track. Some new returning characters have also been revealed with Metal Mario, Lakitu, and Shy Guy returning as playable characters.

Some cool new items are coming too with the Piranha Plant being the most interesting. It can be mounted to the front of the kart to chomp other players and protect the player from shells and banana peels. Another new power up is the Boomerang Flower that can strike multiple opponents and stun them. It can be thrown three times forwards or backwards.