Wireless carrier T-Mobile wants to poach subscribers from AT&T, Verizon Wireless and Sprint, and now is focusing on family plan subscribers. A recent survey revealed only 11 percent of AT&T and Verizon Wireless subscribers with shared data plans would be willing to switch in 2014, according to Strategy Analytics. As the battle in the booming 4G LTE market in 2014 increases, "cut-throat promotions" are expected to hit consumers later this year. 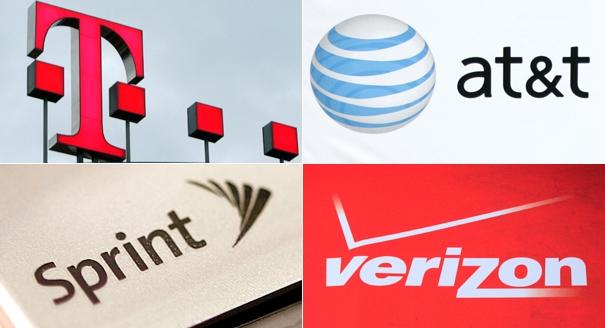 "Las Vegas has seen its share of famous fights, and this week at CES heavy weight defending champion AT&T (which shares the title with Verizon Wireless) dukes it out with mid-weight challengers T-Mobile and Sprint in the battle for the family plan," said Susan Welsh de Grimaldo, Strategy Analytics Director of Wireless Operator Strategies, in a blog post. "Sprint and T-Mobile are attacking the core source of scale at Verizon Wireless and AT&T - the family plan subscribers."

Mobile devices were on full display during CES 2014, as many companies showed off smartphones, tablets, mobile hotspots, and other cordless technologies. AT&T and Verizon might control the U.S. market, but constant pressure from T-Mobile, Sprint, and smaller carriers has steadily increased. Family plans are lucrative due to the number of wireless lines in the account, so consumers should see even better deals later this year. (Image: AP)