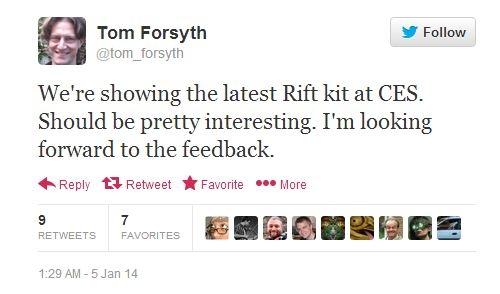 Forsyth has just announced via Twitter that "we're showing the latest Rift kit at CES. Should be pretty interesting. I'm looking forward to the feedback". We should expect the new HD Prototype, which includes a 1920x1080-pixel display inside the Rift. The new Rift prototype should have its latency reduced, down from 60-70ms to just 10-20ms.