We know that there's a new Rift prototype to be unveiled at CES 2014 in just a few weeks, with the new VR headset having a reduced latency of between 10-20ms, down from the original developer kit, which has a latency of 60-70ms. 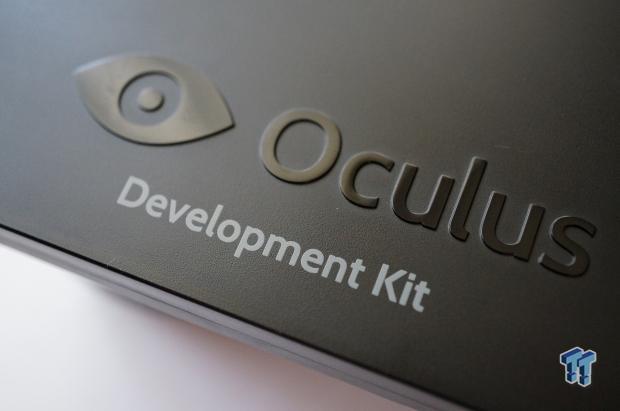 Better yet, is that Oculus CEO, Brendan Iribe, spoke with VentureBeat, where he talked about the latency: "When you put it on - the latest internal prototype, which is what Marc Andreessen and his team saw - it's a completely different experience from the previous versions. The latest one finally ties it all together. There's this switch in your head. Your brain, instead of feeling like you're looking through a VR headset, suddenly feels like you're just looking through a pair of glasses into another reality. It's much more comfortable."

He added: "We got our developer kits - the prototype that you saw way back when, at the last CES - running at about 60 to 70 milliseconds. Our most recent internal prototype is now between 10 and 20 milliseconds. Less than 20 [milliseconds] flips the switch and you cross that threshold where the brain feels comfortable with it. You're not reminded you're looking at a computer device."

Something else caught my eye, with Iribe talking about sparking up the GPU arms race again, thanks to VR: "I'm bullish that VR is going to reignite the PC race and the GPU/CPU race, which has largely plateaued. People aren't talking about gigahertz or cores anymore. They aren't talking about one GPU compared to the next, how many triangles they can do. It's calmed down. With VR, though, when you put on the headset and it all comes together and works well, you want more. You want higher-resolution environments, even if you're already running on a high-end computer. We expect to see a huge jump over the next decade in computing performance."

Iribe also discussed having the legendary John Carmack on the team: "At this point there's more than 50 of us in the company, and the majority of us are engineers. We have a team of real senior, rock star engineers. Of course, Carmack is at the top. He's been spearheading a lot of the mobile effort, working with a group of talented engineers on that. He largely works out of the Dallas office. Most of the engineers, though, are in Irvine here, working remotely with John. There's a handful of other developers in Dallas that John is working with.

It's spread out. We can do a lot of this stuff remotely. So far, so good. John is known for being head-down. We're trying to respect his wishes, where he wants to get in and code and solve these problems on such a small platform. To do that well, he needs to focus and have his isolation. That's what he's doing."