Wireless charging is something I've fallen in love with this year, but Apple is behind the game when it comes to pushing wireless charging technology into its devices, such as the iPhone. This is all set to change with a new patent from the Cupertino-based giant. 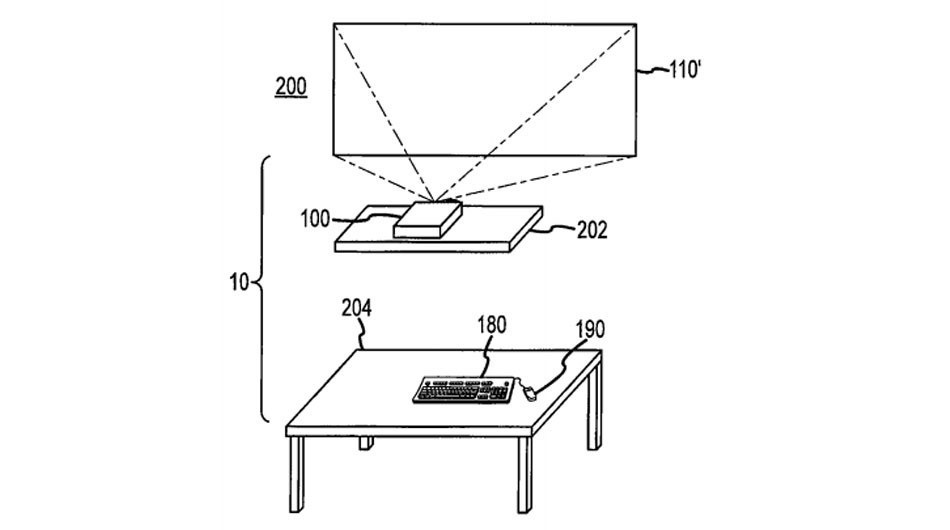 Apple's research labs have presented a surprise to the world, with an early patent filing that sees the company thinking about wireless charging being the next big thing. Apple was awarded a patent last week for a "desk-free computer". The description sees a device that is small, such as a Mac mini, that features a projector lens on one of its sides.

The device would also carry an accelerometer and a proximity sensor that would detect how far the device is away from the wall, where the image would be projected. The patent states: "The integrated projector may also provide flexibility in the location, relative to the computer system and/or the user, and/or in the size of the projected image. Display screens for both laptops and desktops are fixed in size, and have limited flexibility in location relative to the computer, either by wired connection and/or other physical constraint."

Of course the stand out feature here is definitely the wireless charging, with the device capable of being a mobile solution, which would cut down the amount of cords running to your PC. We don't know when this technology would come, but I would say it would be years away. Apple needs to catch up on getting wireless charging in its iPhones first.