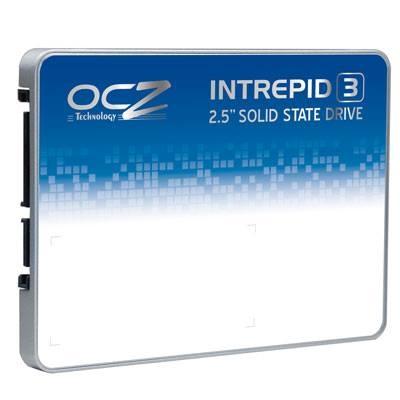 The new line of SSD's feature the Everest 2 Platform, a mash-up of Marvell's 88SS9187 controller, and OCZ's proprietary firmware, the Intrepid 3000 series is capable of sequential read speeds of 520MB/s and sequential write speeds of 470MB/s. Input/Output operations per second equate to 91,000 for random reads of 4K blocks, and 40,000 IOPS for random writes of 4K blocks.

"Our new Intrepid 3000 Series leverages in-house firmware with an impressive enterprise feature-set to enable customers with unprecedented performance, data management, endurance and reliability, and cost flexibility resulting in an optimal storage environment," said Daryl Lang, SVP of Product Management for OCZ Technology. "Delivering exceptional SSD responsiveness in even the most demanding and compute-intensive applications, the Intrepid 3000 Series achieves unsurpassed performance under any workload, regardless of data type and I/O pattern for the complete spectrum of applications including online archiving, media streaming and web browsing OLTP, VDI, email and analytics."