It has been almost exactly two years since Battlefield 3 was released to the world, and today, EA and Dice have officially launched the next-generation of Battlefield. Battlefield 4 is built upon the revolutionary Frostbite 3 engine, and features an immersive single player mode, and a multiplayer mode that can only be described as "EPIC." 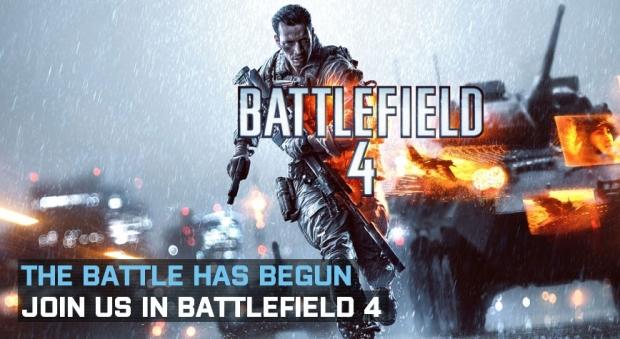 Since its announcement earlier this year, Battlefield 4 has managed to win more than 40 industry awards, and has received nothing but rave reviews in the past 24 hours. With revolutionary features such as "Levolution" where players are able to destroy key locations that change the layout of the entire map, Battlefield 4 is truly a look into the future of first-person shooters. An excerpt from the official press release can be found below.

"Battlefield 4 features an engaging single-player campaign and epic multiplayer online action. In the single-player, Battlefield 4 puts players in the boots of U.S. Marine Corps Sgt. Daniel Recker, member of the Tombstone squad. The world is on the brink of chaos, China is the tinderbox and the player is the inadvertent spark that could ignite a global conflict. Navigating the turmoil around them as they fight to save the final hope for peace between U.S., Russia and China, players will engage in combat on foot and by operating land, sea and air units.

In multiplayer, Battlefield 4 offers a wide range of unique experiences. The varied and distinct maps, thrilling game modes and dynamic destruction ensure that no two games will be the same. Battlefield 4 players engage in close quarters squad-based combat and in vast battles commandeering tanks, jeeps, jets, helicopters and naval units. Whether in a jet dogfighting the opposing team or onboard an attack boat in a joint strike with squad mates, the freedom of choice is always present in Battlefield 4 multiplayer. Players will lead their team to victory by running and gunning at the frontlines, locating the perfect sniping position, or repairing critically damaged vehicles. Battlefield 4 lets players be more and do more on the battlefield to deliver an entertainment experience that is unrivalled."