Today, Sony announced a new MMO installment to the EverQuest franchise. The company says that the game will not follow in the footsteps of traditional leveling systems often found in MMOs but will instead feature approximately 40 classes at launch with players having the chance to mix and match abilities as they play through the game. 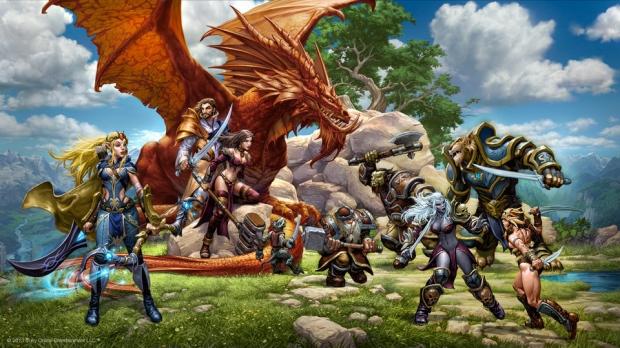 The new game will also feature a fully destructible voxel-based world in which all changes the players make on the world will remain permanent. The game will also be able to react to the decisions that players make and will proactively present players with quests that match a player's gaming style. The game will launch free to play sometime later this year, but no official launch date has been set.

"Today, many MMOs fail because players consume content faster than developers can create it. With EverQuest Next, we're creating a living world that players are part of and empowering them to produce new content alongside the development team," said SOE president John Smedley. "What does the future hold for EverQuest Next and Sony Online Entertainment? It's in the players' hands, and we like it that way."

"Everquest Next is not the continuation of a familiar story. It represents the fundamental reimagining of the characters, lore and environments of the Everquest universe," said SOE Everquest franchise director of development Dave Georgeson. "Make no mistake, while great care has been taken to respect the extraordinary influence that Everquest has had in this industry and with our player community over the years, this is a boldly different game unlike anything that has come before."