At the moment, we're fairly positive that we will see Google's next-generation Nexus 7 tablet unveiled on Wednesday at a breakfast press event being held by the company. Fortunately for us, Google is not doing a very good job of keeping its refreshed Nexus under wraps. Today, a leaked image depicting the new Nexus 7 has appeared online as well as a full PR rendering of the 7-inch tablet. 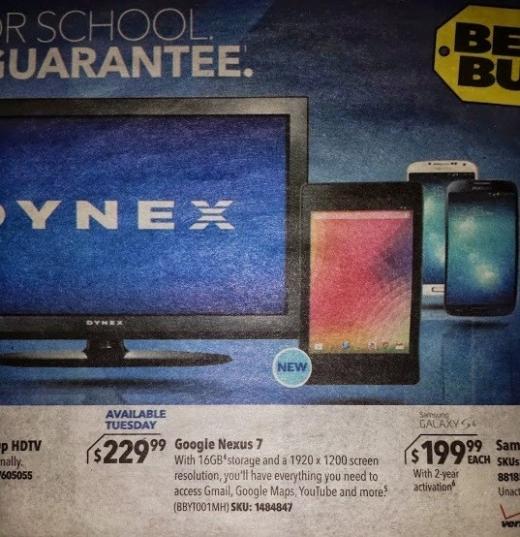 The image says that Google's Nexus 7 II will be available on Tuesday but does not give a specific date, although it is pretty safe to say that they are talking about Tuesday, July 30. It does give us a little more insight into the device and confirms that it will have a 1920x1200 resolution and will run consumers $230 for the 16 GB version. 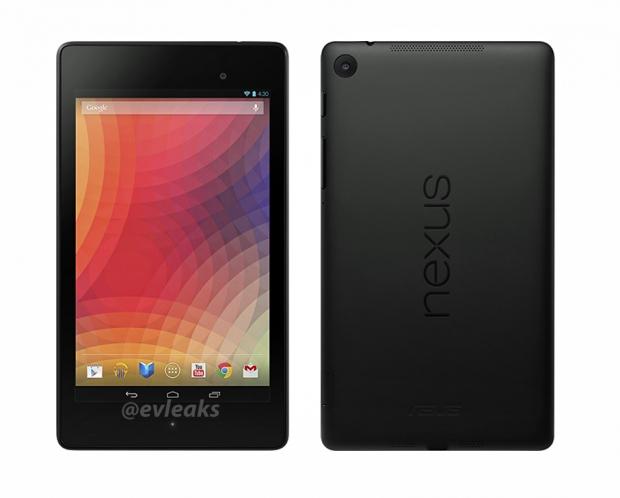 Making his second appearance this morning on TweakTown, mobile device leakster @evleaks has managed to get his hands on the official press rendering of the new Nexus 7 that shows us a number of changes that the made to the tablet. The device features speakers located at the bottom and top while the Nexus logo has been rotated into landscape orientation. The headphone jack has also been relocated, while the rear facing 5-megapixel camera remains in the top left-hand corner. Google is expected to reveal the full details of the new Nexus 7 along with other major announcements on Wednesday, July 24, so stay tuned to TweakTown for full coverage of the event.