The new Xbox One is quite the machine, especially its new Kinect sensor. The Kinect sensor, which is now included and a required part of the Xbox, will respond to voice commands, even when off. It was pretty cool when the Xbox One turned on simply by saying "Xbox on." 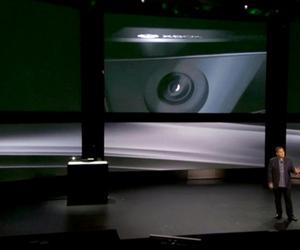 But then reality set in. This means that the Xbox is always listening to you, even when off. It has the ability to understand and process what you're saying when the device is off. And this is where the privacy concerns set it. Now, let's be clear: We aren't saying Microsoft is recording everything that the Xbox One hears, but it isn't out of the realm of possibility.

We highly doubt that Microsoft would ever use the Kinect to spy on consumers. We're more worried about a possible virus or malicious actor gaining access to the Kinect sensors that will be on every Xbox One. After all, the new Xbox uses a PC architecture and runs a Windows kernel so it's not beyond the realm of possibility that this could happen.

We'll have to wait until some more information is made available by Microsoft, but this does give me reason to hold off on purchasing a new Xbox One.