The Bill & Melinda Gates Foundation recently offered $100,000 to anyone who could improve the condom. While many of us snickered at the idea, some people are taking the challenge very seriously, and are creating some truly innovating concepts. 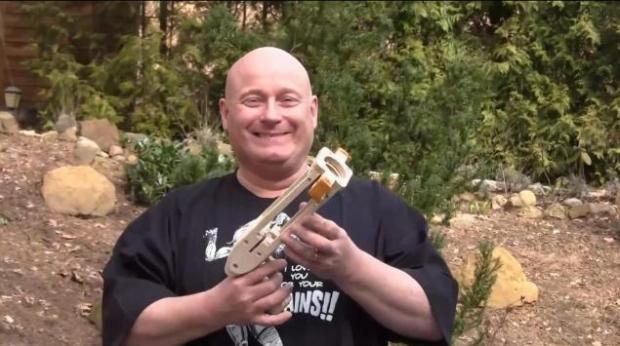 Many of us are familiar with the Slingshot Channel on YouTube where Joerg Sprave builds some monster sized, rubber band powered, projectile firing slingshots. When he heard about Bill Gate's call to action, he did the only natural thing any self-respecting slingshot maker would do, he made a condom firing slingshot.

In the video above, Joerg Sprave shows off a slingshot-esque "Condom Gun", which looks to be as painful, as you were just imagining. The device works by "cocking" a sliding condom application apparatus. The gun is then placed in position, the trigger is pulled, and the condom is applied in the blink of an eye with a loud thud.

No actual application footage has been released yet, but we are okay with that, and will take Joerg Sprave's word on its effectiveness.