J.D. Power and Associates' new study shows that Apple leads the pack when it comes to consumer satisfaction. This is the ninth time in a row that Apple has topped J.D. Power's survey, though not everything remains the same. Second place is in fierce contention by four different manufacturers. 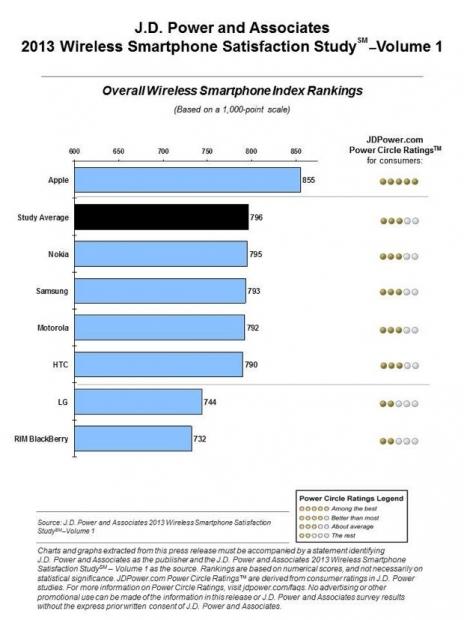 Once you move down the list, the scores drop off. LG received a score of 744 and BlackBerry only scored 732. Interestingly enough, about 17 percent of those surveyed said that they encountered some sort of bug or glitch. Bugs and glitches really detract from the user experience and companies should probably focus heavily in these areas.