CeBIT 2013 - OCZ have taken the time out of CeBIT to unveil their new Vector PCIe device, a PCIe-based Vector SSD. The new PCIe Vector has improved IOPS performance, which provides the user with superior sustained performance, no matter if the data streamed are compressed, or uncompressed. 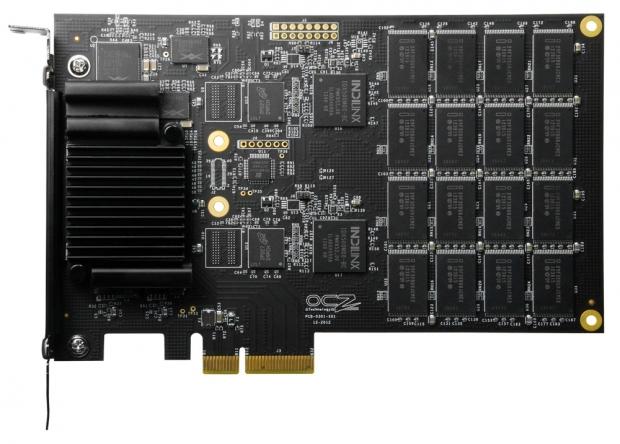 The new drive comes on a PCI Express 2.0 x4 interface, which provides it with plenty of bandwidth and on the PCIe Vector itself we find dual Indilinx Barefoot 3 controllers. The PCIe Vector outpaces OCZ's current SATA 3.0-based Vector SSDs and RevoDrive 3 Series, which is really saying something. We're looking at up to 1GB/sec in transfer speeds, and a crazy 140,000 IOPS. The new PCIe Vector includes a huge 5-year warranty, and comes in 240GB, 480GB and 960GB capacities. 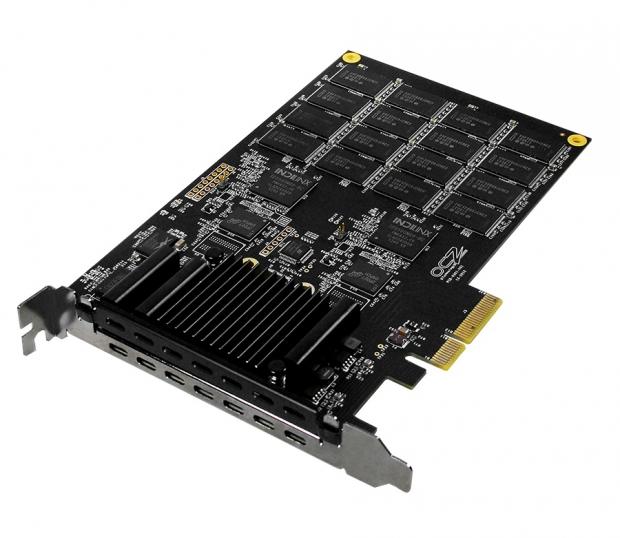 The PCIe Vector is bootable as a direct-attach storage device, and has been designed for Windows-based client, and workstation machines. No word on price just yet.