Sony are poised to launch the PlayStation 4 today, and we're going to cover it live, continue to check back as much as you can! The event is live right now in New York City. Nothing on the PS4 so far, but it shouldn't be long - I'm incredibly, incredibly excited right now - how about you? 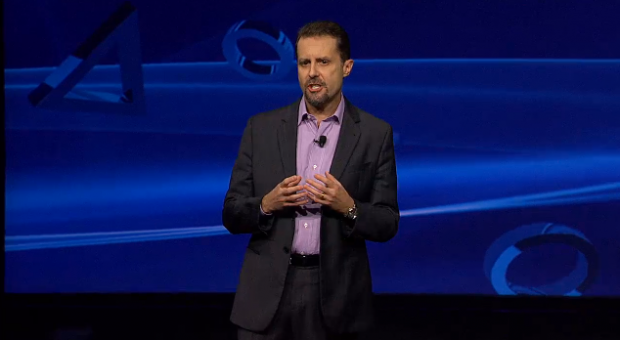 16:04 US PST: PS4 comes "Holiday 2013" and with that, it's all over - what did you love the most? The controller? The graphics? The tease of games? The future of gaming is sure looking bright, and the future of gaming is PC. AMD-based architectures being baked into these consoles shows just how incredible the PC is - and our games should only look better now that the minimum spec is now the PS4 for future game development.

I've never been so excited, and you can rest assured we'll be bringing you as much content as we can on next-gen consoles and games in the future.

16:02 US PST: At the launch of Destiny, both PS4 and PS3 versions will be available. Bungie will be releasing PlayStation-exclusive content, too.

15:59 US PST: Destiny's in-engine footage should be unveiled right now, let's get ready! 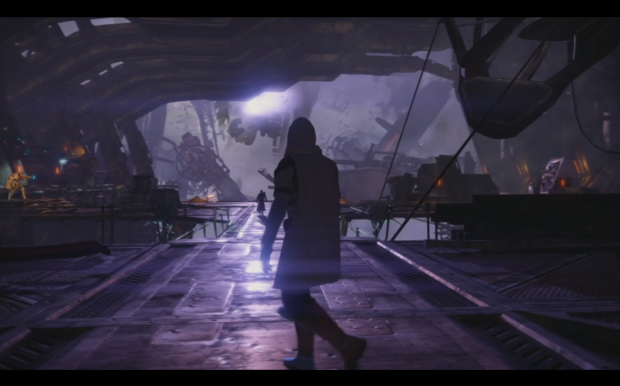 15:58 US PST: Activision have taken the stage, should we expect a new Call of Duty title maybe?

15:56 US PST: Four-player coop is built into the PlayStation version of Diablo III, which is a very nice addition.

15:55 US PST: Blizzard seem to be committed to the PS4 development, Diablo III on the PS4 as well as the PS3. 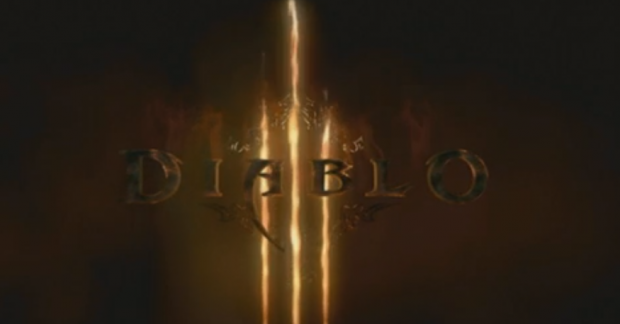 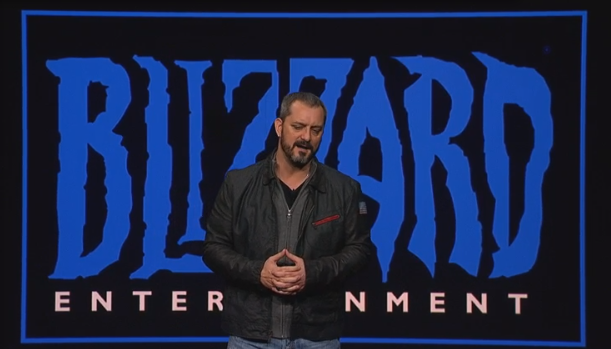 15:53 US PST: Blizzard have taken the stage, what should we expect from the Diablo and World of Warcraft developer?

15:52 US PST: Goosebumps, once more - Watch Dogs from Ubisoft - this is going to be a truly next-gen title. It's coming out on Xbox, and PC, too. 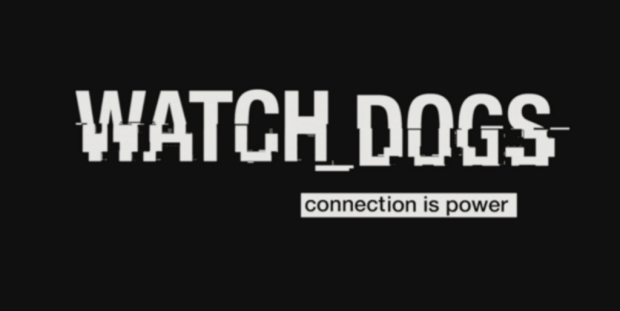 15:42 US PST: Next-generation Final Fantasy game get your blood pumping? Well, you should get ready for it - it's coming on the PlayStation 4.

15:42 US PST: We've just seen some next-gen engine, Luminous, from Square Enix - which they hope to use for their upcoming PS4-based titles.

15:35 US PST: Square Enix are now going to show something, with their 16-year relationship with Sony continuing to be strong.

15:34 US PST: Yep, that was quite astonishing to watch - just a sample for now, but we should expect some video to post on that Panta Rei engine in the coming hour or so.

15:31 US PST: We're hearing thanks to previous-gen consoles, but now Capcam are about to usher in a new era of entertainment with the PS4. Codename Panta Rhei... it looks like we should expect some incredible graphics thanks to this new, next-gen engine.

15:29 US PST: Capcom have taken the stage, what should we expect now?

15:19 US PST: This should be quite the exciting unveiling, now we're seeing some animation of an old man's face. Another time where I'll say 'incredible'. 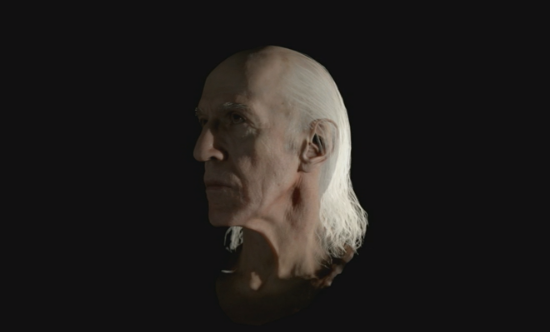 15:15 US PST: Now we have David Cage from Quantic Dream, the developers behind Heavy Rain.

15:12 US PST: There's no filler in this game, so you're not just playing the game to play it in order to fill time like most games - everything is very meticulously placed in the game for meaning, for the user to actually interact with it. 25 hours of gameplay is built into the game. PS4-exclusive title, once more. 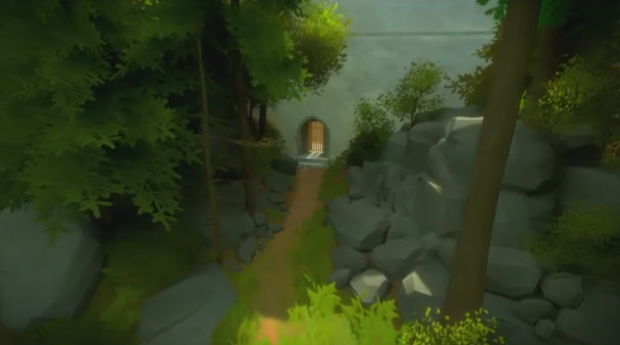 15:11 US PST: The Witness is now being unveiled, an open world game that is very compact - lots of details, instead of an incredibly huge world that still ends up feeling empty.

15:08 US PST: We've had three next-gen games shown so far, and right now, you should be impressed. The graphics and frame rates are all super smooth - hopefully we see some more!

15:07 US PST: Sucker Punch's exclusive game to the PS4 is now being shown - inFamous Second Son.

15:02 US PST: This is 'true first-person' racing - which does look incredible, as you climb into a car. Wow, the little details are definitely paying off here. Let's get ready to see - I'm getting goosebumps again, this doesn't happen often to me - I don't get excited for games much.

15:01 US PST: The detail on Drive Club is looking again, incredible, and the detail is as close as you'll get to the real cars. The detail here is mind blowing...

14:58 US PST: Evolution Studios is here, with a team-based racing title - Drive Club. It has existed for 10 years as an experimental concept game - but it looks like the PS4 is the console to receive it. A truly shared experience game, where they've waited for the technology to be good enough to deliver Drive Club.

14:55 US PST: If this is all real-time, and not some trick like Sony have done previously with KillZone 2 - then we're looking at what seems like 1080p at 60fps, constant. It doesn't slow down, there is no frame rate reduction whatsoever from what I can see. Sony, you've impressed me if this is real-time.

14:54 US PST: I'm not seeing much environmental interaction on KillZone: Shadowfall, while there's tonnes of destruction within the game - it's not like Battlefield 3's Frostbite 2 engine. It does look absolutely incredible. Mind-blowing for consoles, and just lays the smack down on current-gen consoles, easily.

14:51 US PST: Shadow effects, the graphics, detail, NPCs, the draw distance, the smooth framerate... it's all here, folks! 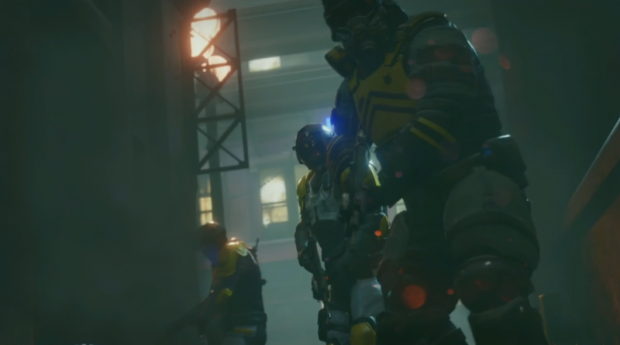 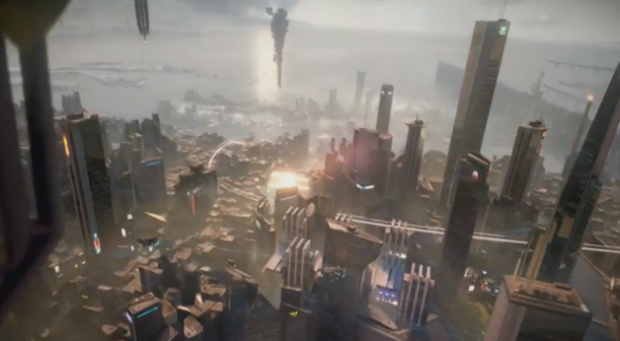 14:47 US PST: Michael Denny from Worldwide Studios has just taken the stage, and now we're about to be treated to some of their next-generation games. Now introducing Guerilla Games.

14:44 US PST: The interactivity between devices, will be lived on throughout many devices. You won't just leave your game, and have to get back to your console to continue - the shared experience will continue through multiple devices, across the world. You can be on your way to work, outside of your gaming world and still be connected in some way or another. The Share button is a very big part of this.

14:39 US PST: Cloud games are big, where they could put all PS1, PS2, PS3 and PS4 games on the cloud - where you could play them within seconds, from the cloud - everything, everywhere, is a challenge Sony are putting to their teams.

14:37 US PST: Remote Play can transfer the game from your PlayStation 4 to your PS Vita. 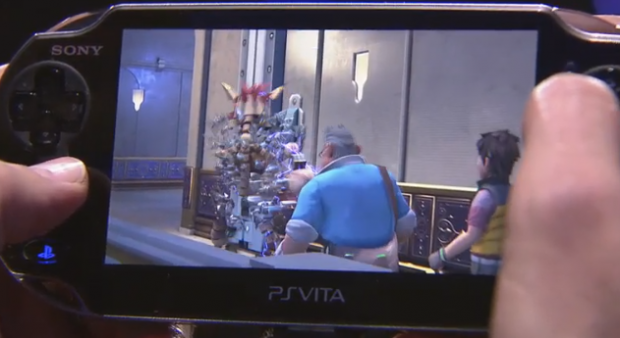 14:36 US PST: Remote Play has been built into the architecture of the console itself, which is nice - Sony are also saying that the PS Vita is the best companion to the PS4.

14:35 US PST: Sony have teamed up with Ustream, for streaming abilities, too.

14:35 US PST: A friend can take over your game, and get you through a hard part of a game - kind of like remote administration to your PS4 controller.

14:34 US PST: The Share button on the PS4 controller is quite capable, broadcast your entire game to your friends in real-time, incredible!! But they didn't stop there, your friends can actually 'virtually' look over your shoulder in the game, capable of posting comments to your screen - or just chat with them.

14:33 US PST: We're back now using the GameTrailers site, thanks to my friend Jake for the link!

14:30 US PST: UStream's servers are being pounded right now.

14:27 US PST: And now we're back. We're going to have a few posts over the coming hours, so anything that we've missed we'll cover shortly. 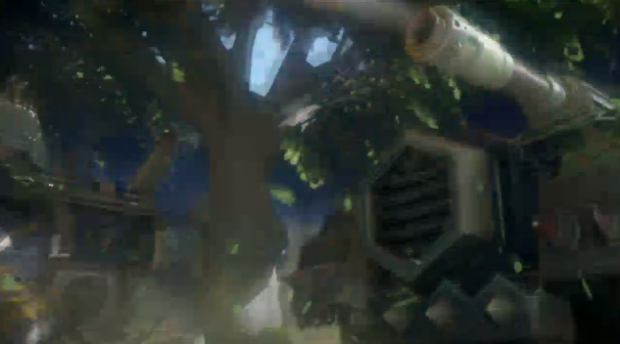 14:19 US PST: Now they're showing off Unreal Engine 4 in real-time, on prototype hardware. 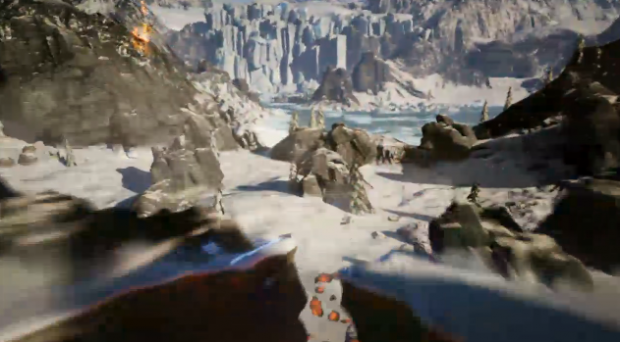 14:18 US PST: The new PS4 dual-shock controller has been announced, check it out below! Touchpad, Share button, and was designed with a camera in mind, tracking the position of the controller through the lightbar built into the controller. 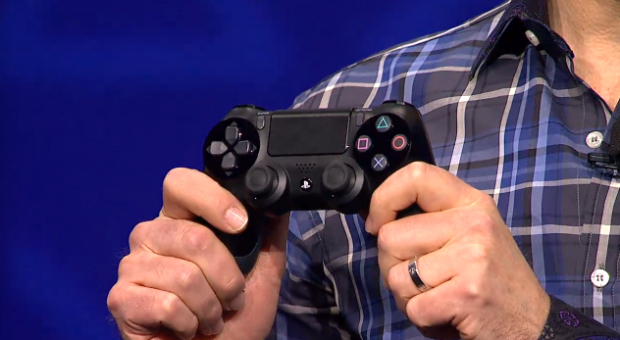 14:17 US PST: x86 architecture has been used, and a 'highly-advanced PC GPU', 8GB of unified memory and is backed by massive local storage - nothing has been pin-pointed in storage, we should expect 500GB-1TB.

14:15 US PST: Now we're being greeted to the beginning stages of the PS4, the developers, as you would expect, are the integral part of the next-generation console from PS4. 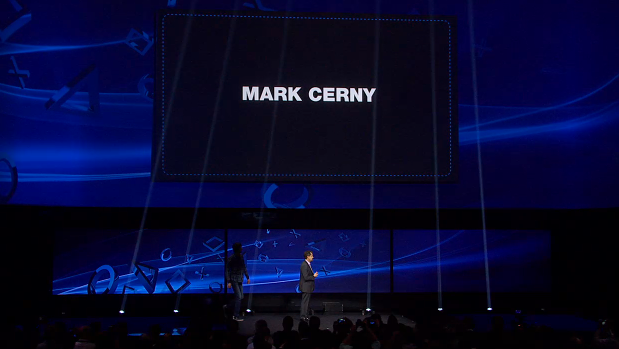 14:12 US PST: Over the next couple of hours, we're going to be greeted to how the PS4 will change things - where we'll meet many people who will discuss the console itself. Now we're going to be introduced to - Mark Cerny, the Lead System Architect on the PS4.

14:10 US PST: PlayStation 4 is here! Gamers and developers are going to be happy with this - the future of Play, an idea with enough vision to change everything in gaming today.

14:09 US PST: Here we go, the future of Play - Sony are pushing the best franchises to be even better, to be connected much easier when being away from the console. PlayStation 4!!!! 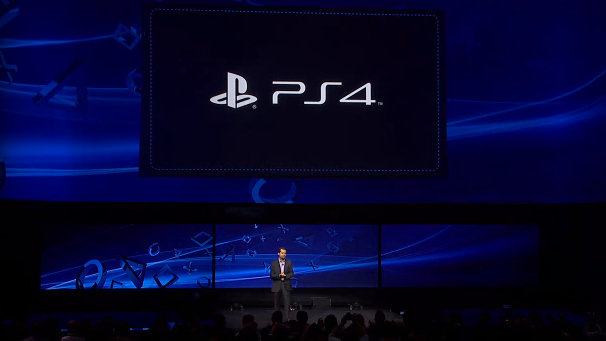 14:07 US PST: Every part of the PlayStation is set to be more powerful, no tease of the PS4 yet - but superb engineering and technology, used through powerful hardware are being reiterated. How does the next-generation gamer want to play? The consumer is now changing Sony, and not vica versa.

14:06 US PST: Sony is pushing their vision for the future, talking about gaming experiences happening on a console, or a portable device - where they talk about the PS Vita, with it's super powerful hardware.