Next-gen consoles are nearly here, not including the Nintendo Wii U, and we're hearing that the next-gen Xbox might not be capable of playing used games. Just how much does this piss off gamers? Well, according to the GameStop CFO, a lot. 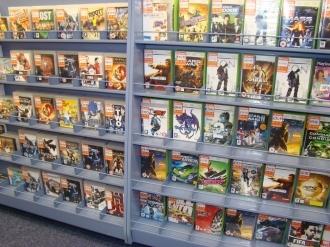 Rob Lloyd, CFO of GameSpot during his recent speech at the Goldman Sachs Technology and Internet Conference said that 60% of customers said they would not buy the next-gen consoles if they meant they couldn't play used, or second hand games. Lloyd told those at the event that consumers like the ability to play pre-owned games, as well as having the portability and physicality in games.

Not having these abilities, such as buying a pre-owned game, would stop consumers - nearly 60% of them - from buying a next-gen console that isn't capable of playing used games. Lloyd noted that around 4% of GameStop's used game sales are for games that had been released in the last 60 days - this is a huge fact for used games.

GameStop didn't explain how they collected the numbers for their 60% of gamers wouldn't buy a next-gen console, so I'd be surprised to see this number actually stick. I think gamers would say that now, and then see the games jump considerably in graphics, sound, features, and more - and then say "oh... um... shut up and take my money!"