The Register is reporting that Redmond-based software giant, Microsoft, is blaming OEMs for the slow sales of their Windows 8 operating system. Microsoft believes that vendors didn't adhere closely enough to their hardware recommendations, with manufacturers producing mostly non-touchscreen computers that didn't show off Windows 8's touchscreen side. 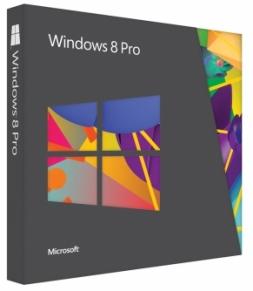 This information, as usual, comes from a "well-placed" source "familiar with the matter". Since Windows 8's launch on October 28, and the end of 2012, Microsoft claim to have sold around 60 million copies of Windows 8. Windows Vista took around six months to reach the same number, but statistics are only one side of the story.

Official numbers on Microsoft's sales of their tablet, Surface, have not been unveiled by the Redmond-based company. OEMs aren't sitting back taking all the heat, either, with some OEMs coming out and saying that Microsoft is to blame for the slow Windows 8 sales. The biggest reasons computer manufacturers didn't follow Microsoft's internal guidelines is that few companies were willing to spend the money on expensive, high-end devices that consumers weren't guaranteed to purchase - not every item can be an iPad, after all.

The report claims that thanks to the underwhelming performance of Windows 8, Microsoft may be planning a February "re-launch" of the OS. I don't think we'll see a relaunch, but I think we're going to see Surface Pro drop and really change things up. Hopefully.