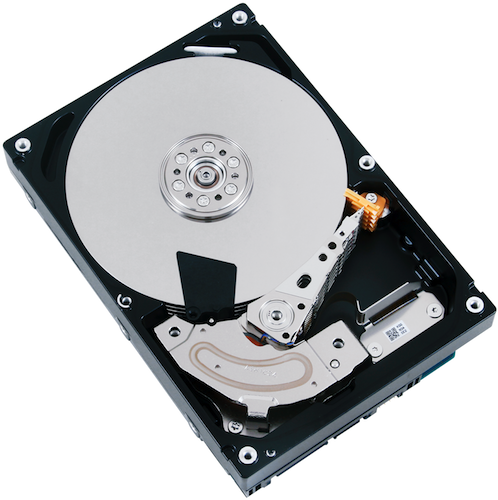 Toshiba are pushing the MG series as the perfect partner for "RAID storage and arrays, tiered virtual infrastructures for public and private cloud deployments, archives, and disk-based backup and data protection solutions." The drives feature Toshiba's latest five-platter mechanical design, with the new 4TB offerings providing a 100% increase in capacity of Toshiba's previous models, which were only 2TB in size.

Not only do the new SATA and SAS models offer double the capacity, but they also offer performance improvements, as well as sporting better power efficiency.The new drives come in the usual 3.5-inch form factor, and offer up to an 18% increase in sustained transfer rates for both the SATA and SAS models, as well as featuring power management features that are designed to lower power consumption during off-peak activity periods.