Just over 24 hours ago, I reported that we wouldn't be seeing BlackBerry 10 smartphones until next year - well, next year has come early, thanks to some internal marketing leaks from Research in Motion. 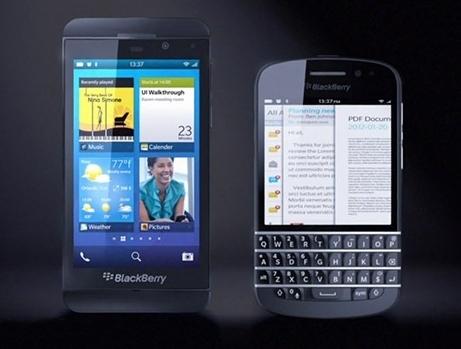 The leaked videos popped up onto Vimeo last night, showing off two BlackBerry 10-based smartphones, but the video was pulled pretty quickly. CrackBerry.com were quick off the mark, where they were able to snap some screenshots of what we will most likely see next year.

RIM's L Series phone, codenamed 'London', has popped up before and looks pretty much the same as Dev Alpha phones that BB10 developers are currently working with. We should expect to see this phone sport a 4-inch display, with a 1280x768 resolution. RIM's N Series phone, codenamed Nevada, sports a smaller touch screen, but includes a physical QWERTY keyboard. This is the first time this smartphone has been shown off, and is just what RIM is capable of.

Nevada should feature a 720x720 screen, and looks to be flat versus rounded. Nevada looks like the BlackBerry Bold handsets, with a few nips and tucks here and there such as the removal of the physical shortcuts, optical track pad and send/end call buttons.