The original $25 Raspberry Pi was a success, even though it had its fair share of manufacturing hiccups, but the Raspberry Pi Foundation have just announced revision 2.0 of the micro device. We're not looking at it featuring a new processor, or any massive changes, instead we're looking at smaller concerns from the first Raspberry Pi that the team received from the original device. 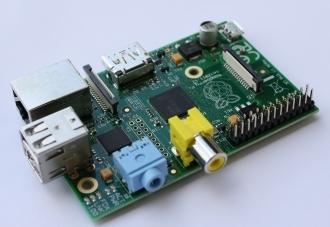 Revision 2.0 will sport changes to the GPIO pin out, which will add ARM JTAG support and to present a different I2C peripheral. Revision 2.0 also features a reset circuit which can be used by adding an appropriate header to P6. The Raspberry Pi team says that shorting P6 pin 1 to P6 pin 2 will cause the BCM2835M to reset. Resetable fuses that were used to protect the USB outputs on early revision 1.0 boards have been removed, and replaced with links.

Two GPIO pins have been interchanged, while the primary and secondary I2C channels have been reversed. Revision 2.0 has also seen the removal of four GPIO signals that were used for verification identification in revision 1.0, as they were said to be redundant. In their place, will be a new connector site, P5, which the foundation says is perfect for adding a third-party clock and audio codec board.

HDMI port interference with the operation of CEC for other devices that plagued revision 1.0 has been fixed, SMSC 1V8 power has been disconnected from the system supply and two 2.5mm non-plated mounting holes have made their way into revision 2.0, allowing for permanent installation.