I got a chance to run around the Flash Memory Summit 2012 today and managed to find this gem among the rest of the rather non-interesting happenings. Western Digital has decided that they don't want to be left behind the times and are now looking to hire a team of solid-state drive engineers to build them a product. 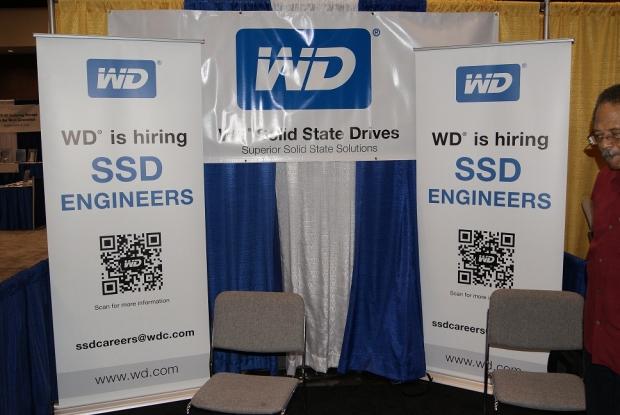 I went in for a chat and managed to snag the person in charge of staffing the new solid-state department. We chatted for a little while about why they are out hiring engineers when they had already acquired a company. The response actually makes really good sense.

The reasoning behind Western Digital hiring a new team of engineers is rather simple in design, but not always the way things are done as it can be tough on the bottom line. The basic reasoning behind it is so that the engineers can make their own mistakes rather than cleaning up the ones made by another team.

This will allow them to build a solid-state drive from the ground up, rather than patching and upgrading the ones that other engineers have already built. This move could allow Western Digital to blow us away when they release their first SSD.