Athlon chips just won't die. While originally the top of the market, AMD changed the name usage to be used in conjunction with budget parts with the introduction of the Phenom parts. Even when Llano came out, the Athlon's got an upgrade into the FM1 socket and are basically the same, minus the on-board GPU. 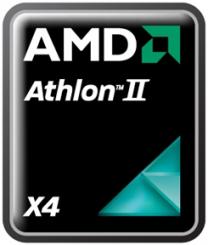 There's not much more to report other than they will likely feature TurboCore, though frequencies are unknown, and the on-board GPU is likely to again be disbaled.