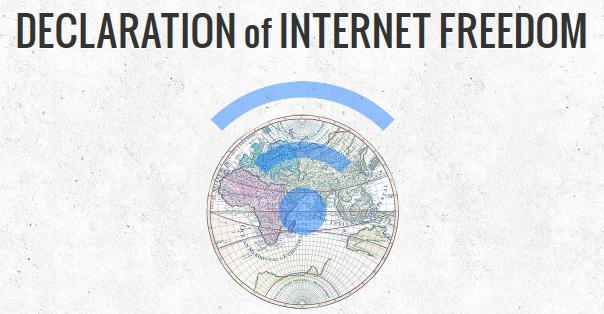 "We've seen how the Internet has been under attack from various directions, and we recognize that it's time to make that stop," said TechDirt, a site involved with the new movement. "The Internet is an incredible platform that we want to grow and to thrive, and thus, a very large coalition got together to produce the following document as a starting point, hoping to kick off a much larger discussion which we hope you'll join in."

As it stands currently, the Declaration of Internet Freedom is composed of 5 basic values:

This list isn't finalized yet and the advocates want your input on the matter. You can sign the petition or put your two-cents in at several sites around the Web or at the Web site for the Declaration itself. It's clear that the groups behind this movement are hoping for users of the Internet to come together in a SOPA-style movement that could hopefully be powerful enough to put pressure onto Washington.

So how about it? Will you sign the Declaration of Internet Freedom?