After weeks of teasing us about the upcoming DLC for Elder Scrolls V: Skyrim, Bethesda has finally released more details about the coming DLC. First off, the name of the DLC is going to be 'Dawnguard.' I've never actually played Skyrim, so I can't say if that is some sort of reference to something in the game. 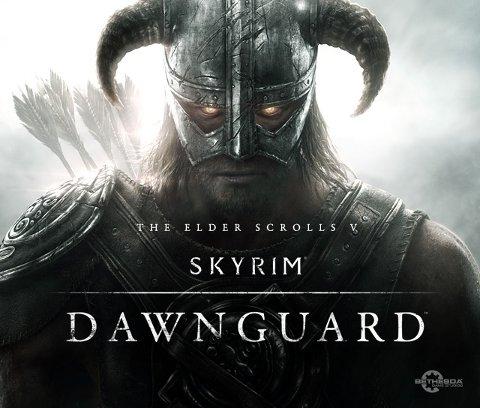 The marketing teaser image shows the usual hero. However, he has an unusual yellow glow in his eyes which could signal that the hero could be gaining some sort of new powers in the DLC. As we reported previously, gamers have dug around in a patch and found references to things that most likely will be showing up in the DLC.

Bethesda says that Dawnguard will debut on Xbox360 sometime this summer. In case you hadn't heard, the first two DLCs for Skyrim will be timed exclusives for Xbox 360. PS3 and PC gamers will have to wait at least an additional 30 days beyond the release. Technically, summer starts at the end of May, but it's doubtful that it will be that early. Bethesda says they are waiting for E3 in early June to release more details. I'll be attending E3, so I'll make sure to get the low down!