It looks like we could be in for a treat. Industry sources are saying that Intel will launch the die shrink of Sandy Bridge, dubbed Ivy Bridge, this coming Monday, April 23, 2012. Previously, it had been rumored that Intel was launching the new Ivy Bridge April 29, so it will be coming just under a week early. 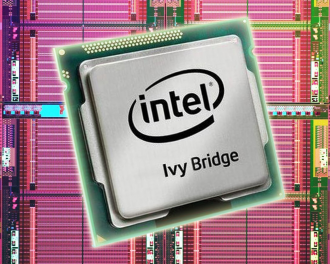 This has to be one of the worst launches in recent Intel history. Leaked chips and performance "previews" have been running rampant. Even we have managed to get a hold of one of these chips and put it through its paces. Rumors have been running around that a new, thinner MacBook Pro will be launching with the new Ivy Bridge chips.

The launch will be similar to other Intel launches where the high performance quad-core parts come out first. Then they will be followed by the more power-efficient processors destined for the MacBook Air and Ultrabooks. Intel has said some of these power-efficient chips may launch a few weeks later than originally planned.