EXPreview is teasing that NVIDIA could release their Kepler-based GK104 GPU as soon as March 23. You know, as in, less than three weeks from now. Maximum-Tech "confirmed" GK104 to debut in April, but AIC (add-in card) vendors in China have said that GK104 "won't be postponed to April". 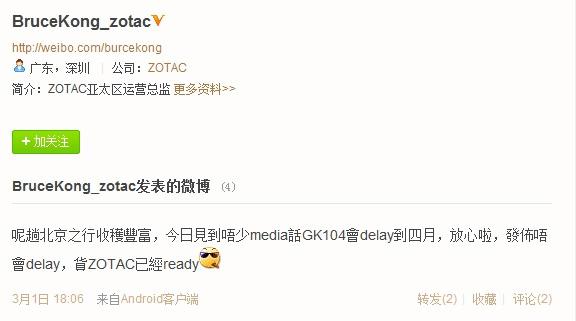 Operation Director of ZOTAC in the Asia-Pacific area said at Weibo:

GK104 launch won't be delayed to April, and the relative products have been ready.

The CEO of Galaxy, also revealed at Wiebo:

There are too many things (GK104) happening in March.

Looks like we could expect the GeForce GTX 670 Ti cards to hit the shelves and hearts of Team Green supports across the world, hopefully not in a paper launch way, by the end of this month, or early-April.

A band, Cobra Starship, had an album named after what I think this will be: Hot Mess. Not a hot mess in a bad way, but in a very, very good way.