Benko goes on to say:

All this stems from the main idea that if everything around you is a potential interface, then the first action has to be defining an interface area. The surface area of one hand alone exceeds that of typical smart phones. Tables are an order of magnitude larger than a tablet computer. If we could appropriate these ad hoc surfaces in an on-demand way, we could deliver all of the benefits of mobility while expanding the user's interactive capability 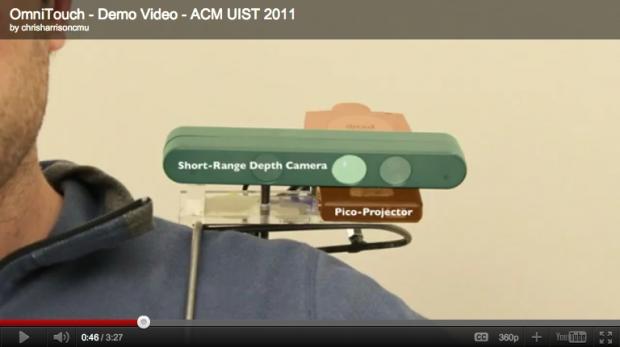 Benko suggests that he can see a future where people would actually strap these devices to themselves and embrace the technology. I really don't see this type of technology happening anytime soon, shoulder strapped cameras and Kinect sensors? But then again, one-hundred years ago people would never have imagined the Internet, touchscreen phones, high-end gaming, LCD/LED TVs, etc.