AMD have shown off their first working 28nm notebook GPU to the public at a media event held in San Francisco, California. The chip is part of the upcoming AMD Radeon HD 7000 series and was shown off displaying Dirt 3 but resolution, graphic settings and FPS were unknown. The upcoming HD 7000 series dons the codename "Southern Islands" and is being built by TMSC. The new cards are looking to be unleashed onto the market by the end of the year - but there are also rumors TMSC are having issues with the 28nm production. 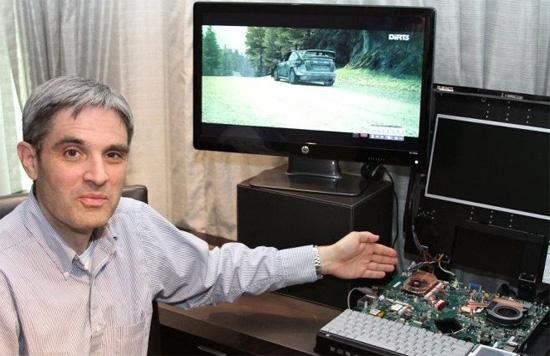 The new cards are expected to support switchable graphics and continue pushing current technology features such as Eyefinity and H3D stereo 3D gaming. There are reports that AMD are planning to launch four different GPUs based on the 28nm version of the VLIW4 architecture and will use them in three different series: the Radeon HD 7800, HD 7600 and HD 7500. These GPUs will sport between 768 and 1536 stream processors as well as using GDDR5 memory.

Later on, AMD will launch the Radeon HD 7900 series featuring the new Graphics Core Next (GVN) architecture that is has been talking about since June. The idea behind GCN is to create a GPU that can perform well at both graphical and computing tasks.