In a repeat of what we saw two years ago when AMD launched the HD5000 series and slipped down to the slender 40nm process, it seems as though AMD will beat NVIDIA to the punch again and have 28nm GPUs by the end of the year. AMD let slip that they'll have 28nm GPUs in the following quote: 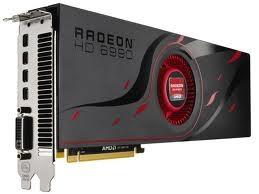 We also passed several critical milestones in the second quarter as we prepare our next-generation 28-nanometer graphics family. We have working silicon in-house and remain on track to deliver the first members of what we expect will be another industry-leading GPU family to market later this year. We expect to be at the forefront of the GPU industry's transition to 28-nanometer.

AMD also said they'll be working with both TMSC and GlobalFoundaries on the chip production using a 28nm bulk silicon process. This is set to give it some extra flexibility, especially if 28-nm yields fail to meet expectations at one or both foundary firms. I did post that we could expect AMD 28nm-based GPUs as early as September, with NVIDIA trailing behind [again] with a release of 28nm GPUs sometime in early 2012.

AMD's official time frame of "later this year" could be sometime between September and December, so we'll just have to be patient until then.