Google are on a rampage this week, not only launching their social networking extravaganza Google+ (which is awesome btw) but now a new look Gmail is out and being previewed. The new look is virtually identical to Google+ which helps keep an overall theme for Google and has cut the clutter away and still keep it as a powerhouse e-mail solution. Google have stated it's a Google-wide effort to bring you, the user, an experience that is more focused, elastic and effortless across all of their products. 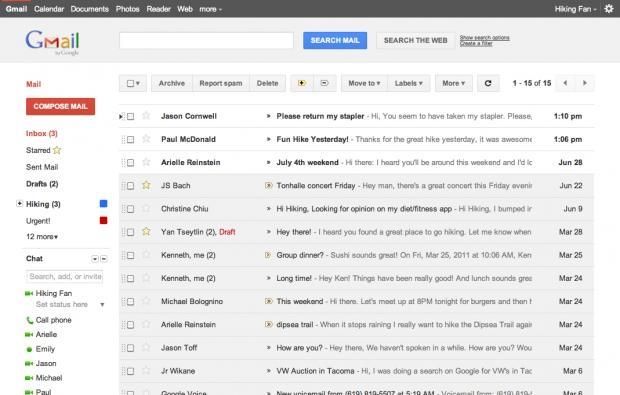 They've said that they are not going to change everything at once and will work on the upgrades gradually over the next few months which will allow users plenty of time to get used to it and incorporate feedback that will go into the ever-evolving design. Google are starting with two new themes for users to try as a sneak peak of things to come. Currently there's "Preview" and "Preview (Dense)" themes in the Themes tab in Gmail Settings.

Once you take a look around you'll realise it looks cleaner, with a more modern look yet has a few rough edges. Labs features will also look strange as they're not built for the current themes (yet). Google plan on fixing these issues once the changes are rolled out over the next few months. New themes will be released and will include the same design principles but are better suited to working in a dark environment (yay! I enjoy my dark Gmail background and will wait for this). 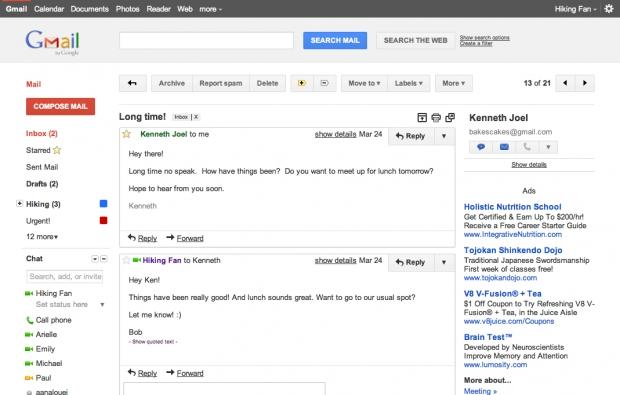 Google Calendar is also getting a new look, with users seeing the new change automatically over the next few days without needing to turn it on.