NewsReviewsArticlesGuidesGamingAsk the ExpertsNewsletterForums
GIVEAWAY: Gaming peripherals upgrade thanks to Corsair worth $280
Laptops
Anytime a new OS and a new notebook show up, you have our interest. When Google outted the Chrome Cr-48 notebook we wanted to know just how the thing works and the geeks over at Engadget have laid hands on the device to give us an idea. The machine looks a lot like the hoards of netbooks and ultraportable on the market and reminds me particularly of some of the newer Asus machines. 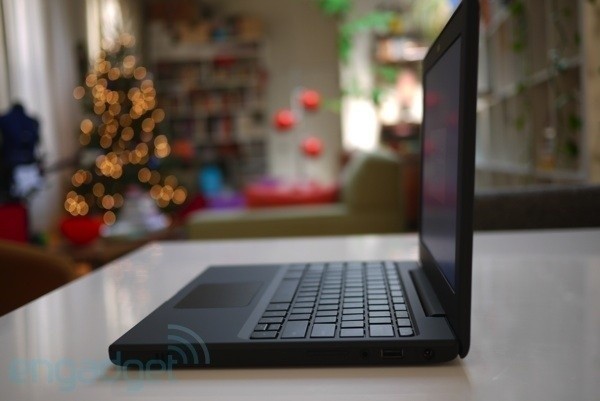 The entire device is made from a matter black plastic with a rubberized finish. The notebook is 0.9-inches thick and weighs in at 3.6 pounds according to Google. The rig has VGA out, USB port, and a headphone jack along with a SD card reader all built-in. The keyboard is the common chicklet style and it looks good with correctly located keys and nice size shift keys.

The screen has a 1280 x 800 resolution and has a matte finish, which is a really big deal to me. Things are not all perfect though. Engadget says that Flash seems to put a serious strain on the machine with Pandora seeming to bring things to a trickle. In the end, Engadget reckons it can see why people would choose the Chrome netbook over a normal netbook. Hit up the source below for all of the details.
NEWS SOURCE:engadget.com