NewsReviewsArticlesGuidesGamingAsk the ExpertsNewsletterForums
GIVEAWAY: Gaming peripherals upgrade thanks to Corsair worth $280
Displays & Projectors
One of the most compelling reasons for me to upgrade to the iPhone 4 from my iPhone 3GS (other than the cracked screen on my 3GS) was that the iPhone 4 has a much better screen. The quality of the screen is one of the biggest reasons that media consuming smartphone users will use to upgrade to a new device. That is assuming that a geek needs any reason at all to upgrade other than a new device is available. 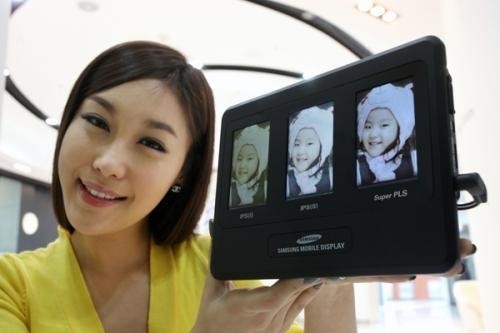 One of the largest companies in the mobile display market is Samsung Mobile Display. SMD makes screens for all sorts of smartphones and other devices and the company has unveiled a new screen technology called Super LPS that will replace current generation IPS screens. You can see from the image here that the Super PLS screen is much clearer and brighter than other screens on the market. According to SMD, the new screen is 100% better in viewing angles and 10% brighter than other screens on the market.

The best news is that despite the improved performance of the screen, it's also cheaper to build. SMD says that the screen costs 15% less to produce than IPS and other LCDs. SMD also notes that it owns 30 patents that relate to the construction of the screens. It plans to start mass production on screens using the tech in Q1 2011 and will build screens sized for the smartphone and tablet markets.
NEWS SOURCE:oled-display.net