All NewsBusiness, Financial & LegalCases, Cooling & PSUContests & GiveawaysCPU, APU & ChipsetsDealsDisplays & ProjectorsGamingMotherboardsScience, Space, Health & RoboticsStorageVideo Cards & GPUsVirtual & Augmented Reality
All ReviewsAll ArticlesAudio, Sound & SpeakersCases, Cooling & PSUCPUs, Chipsets & SoCsComputer SystemsDisplays & ProjectorsGamingMotherboardsNetworkingPeripheralsRAMStorageVideo Cards & GPUs
GuidesGamingAsk the ExpertsNewsletterAboutPrivacyForums
AMD Zen 4Intel ArcBattlefield 2042RTX 3090 TiRTX 4090RTX 4080GTA 6Elon MuskHDMI 2.1
Gaming
The Nintendo Wii is known for its innovative control system with motion that has been imitated in various ways around the gaming industry now. THQ has offered up a new and cool controller for various games and uses called the uDraw Game Tablet. The tablet is an accessory for the Wii that will land in time for Christmas in the US. 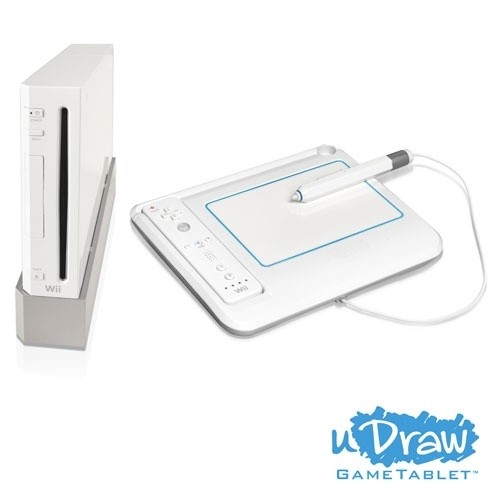 "The uDraw GameTablet is an amazing addition to the Wii and opens up its creative possibilities," said Reggie Fils-Aime, President and Chief Operating Officer of Nintendo of America. "THQ has shown enormous innovation with uDraw, which is not only a perfect holiday gift, but we think will become a 'must-have' for Wii owners for a very long time."