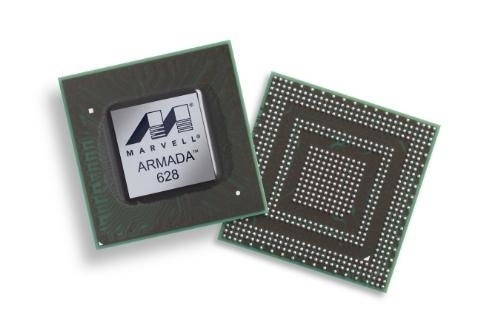 The processor is called the Armada 628. The two main cores of the processor run at up to 1.5GHz and the third core runs at 624MHz. The third lower power core will run the basic tasks of the smartphone and sip power doing it with the other cores there when needed. The processor uses heterogeneous multiprocessing and has a 1MB L2 cache.

The processor supports 1080p dual stream 3D video applications at 30fps and has 3D performance with quad unified shaders for 200 million triangles per second. The processor also has an integrated image signal processor. The thing supports dual LCDs, HDMI out and an advanced EPD controller along with USB 3.0. The Armada 624 is sampling to customers right now.
NEWS SOURCE:marvell.com