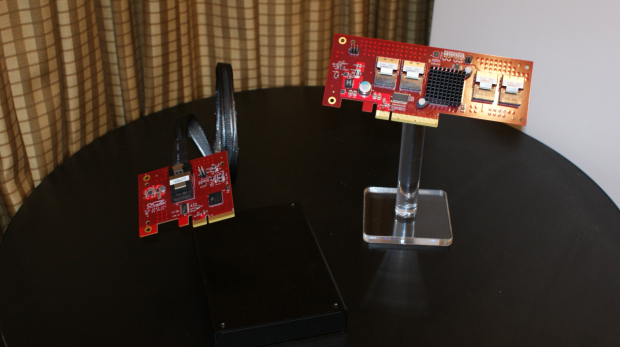 The most innovative of the products shown is this little black box with an undisclosed SSD or array of SSDs inside. The box connects to a controller card through a propriety link, the cable is a standard mini SAS but signal sent by the card and SSD are not compatible with standard SAS controllers. The read speeds are said to be 930MB/s, write speeds of 790MB/s with 75,000 IOPS (4K Random). I will take the 4 channel controller and four black boxes plz. 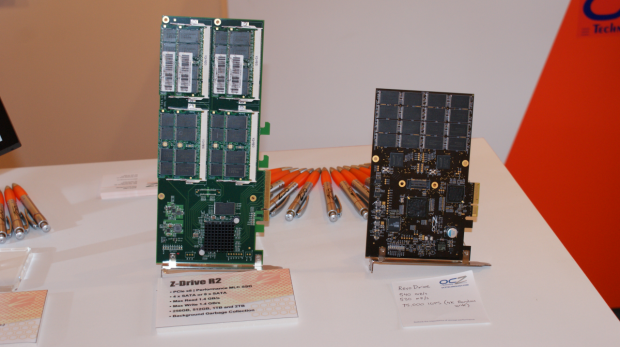 OCZ has been dabbling in the PCIe SSD market and a pair of new products looks like they may take off with power users and prosumers. Arriving just in time for the show was the Revo (on the right). I can't wait for these to start making the rounds since they should come in at a much lower cost than the other PCIe SSDs we have looked at. 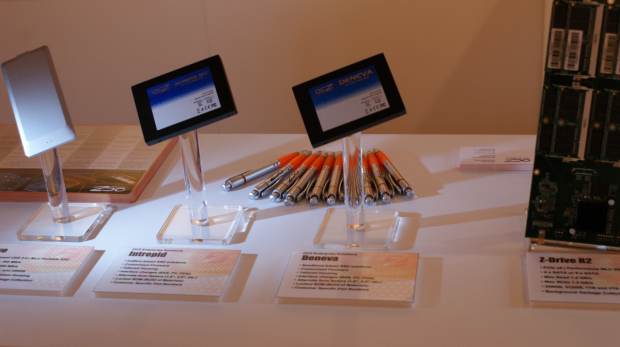 The Intrepid and Deneva attended the booth but don't go looking for these at Newegg since they are built to order and I don't think me wanting 8 SandForce based Intrepids for NAS testing qualifies. If you are looking for a custom solution built to order in SAS, Fiber Channel or PCIe and have the bank account to back it up give OCZ sales a ring. 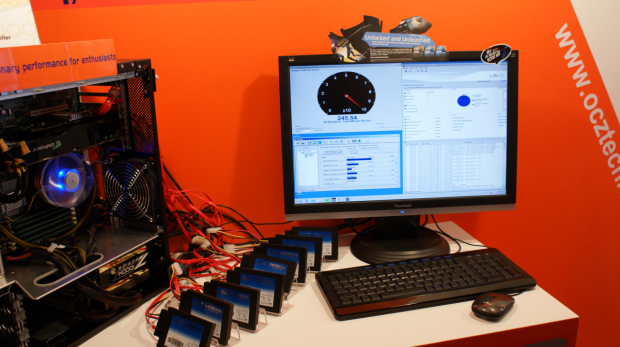 Recently OCZ announced a new partnership with LSI and chooses to display an array of Deneva SSDs on the LSI controller we use for testing here at the TweakTown office.
Newsletter Subscription