All NewsBusiness, Financial & LegalCases, Cooling & PSUContests & GiveawaysCPU, APU & ChipsetsDealsDisplays & ProjectorsGamingMotherboardsScience, Space & RoboticsStorageVideo CardsVirtual & Augmented Reality
All ReviewsAll ArticlesAudio, Sound & SpeakersCases, Cooling & PSUCPUs, Chipsets & SoCsComputer SystemsDisplays & ProjectorsGamingMotherboardsNetworkingPeripheralsRAMStorageVideo Cards
GuidesGamingAsk the ExpertsNewsletterAboutForums
RTX 3090 TiRTX 4090Diablo 2GTA 6Halo InfiniteElon MuskRTX 3080HDMI 2.1
GIGABYTE has announced that they are bringing one of their successful enthusiast features to everyone by including their DualBIOS technology on ALL of their motherboards.

Originally the feature was only included on their high-end motherboards and typically only enthusiasts ever had a chance to utilize the technology. Now those buying low-end and mid-range motherboards from GIGABYTE will get to enjoy the security that DualBIOS has to offer. 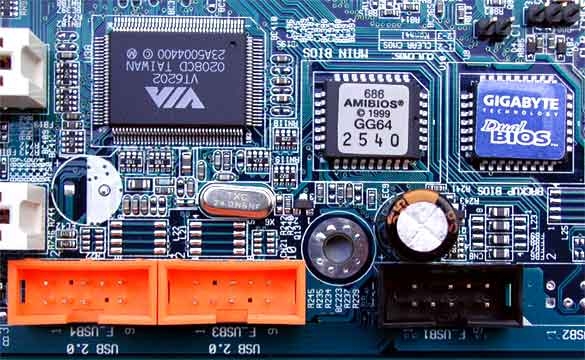 For those unfamiliar with DualBIOS, the technology saves a backup copy of the BIOS in case of failure, a bad flash, or any other mishap related to the motherboard's BIOS. Should something go wrong, DualBIOS works automatically and no user intervention is required.

This could prove to be a huge success for GIGABYTE. Not only does it give users an added benefit for choosing a GIGABYTE motherboard, but it could also decrease the number of boards that get RMA'd, thus reducing warranty replacement costs and theoretically increasing profit.