All NewsBusiness, Financial & LegalCases, Cooling & PSUContests & GiveawaysCPU, APU & ChipsetsDealsDisplays & ProjectorsGamingMotherboardsScience, Space & RoboticsStorageVideo CardsVirtual & Augmented Reality
All ReviewsAll ArticlesAudio, Sound & SpeakersCases, Cooling & PSUCPUs, Chipsets & SoCsComputer SystemsDisplays & ProjectorsGamingMotherboardsNetworkingPeripheralsStorageVideo Cards
GuidesGamingAsk the ExpertsNewsletterAboutForums
Mobile Devices, Tablets & Phones
Nokia opened its very own App store on Tuesday and already it is feeling the same pinch that got Apple at the launch of the iPhone. According to an article at usatoday.com the Ovi store is having some technical difficulties and is not being accepted as well as would be hoped.

Users are complaining that to access the store they have to login on their phones browser as there is no direct application to allow them access just yet.

But the worst issue came as the servers were overloaded and could not fill all the requests that were coming in from Nokia owners. At the time of this writing Nokia has added additional serves to handle the extra load but the damage may already have been done. 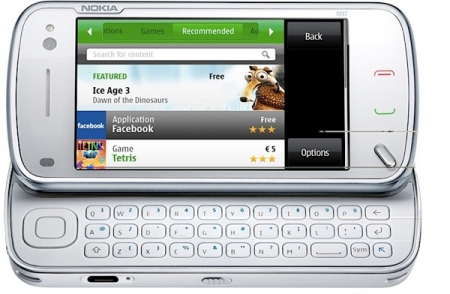 The company on Tuesday launched its virtual Ovi Store, where users can download games, videos and other applications on their mobile phones. The store is available in five languages, including English, Spanish and Russian.

Many users have left comments on the Ovi Store blog, expressing their disappointment because the website was too slow and they could not install applications on their mobile phone.

"We have apologised to users on the blog and we encourage people to carry on giving us feedback as we develop the service better," Nokia spokesman Andrew Flowers told AFP.