Lovely and delicious stinky tofu (not really lovely - ed.), people doing strange exercises at 6am while hitting themselves with sticks, oh and... secret upcoming processors from Intel!

Intel has already publically displayed the 32nm Clarkdale processor (Core i5 with integrated graphics on die) which is due to replace the "current" 45nm Havendale testing only CPU sometime early next year. 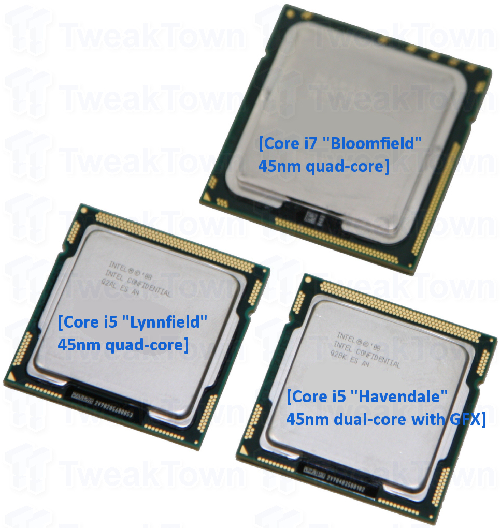 What we have for you here though is size comparison comparing the Socket LGA 1366 Core i7 powerhouse against the upcoming Socket LGA 1136 Core i5 mainstream processors - namely the Core i5 "Lynnfield" 45nm quad-core and the soon to be dodo Core i5 "Havendale" 45nm dual-core with embedded graphics on the CPU itself. 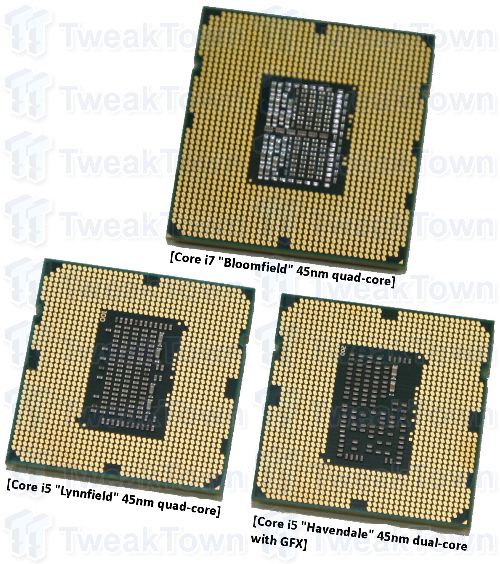 According to our stinky tofu loving sources, the first Core i5 Lynnfield processors will start being sold sometime in mid September, just in time for Windows 7.