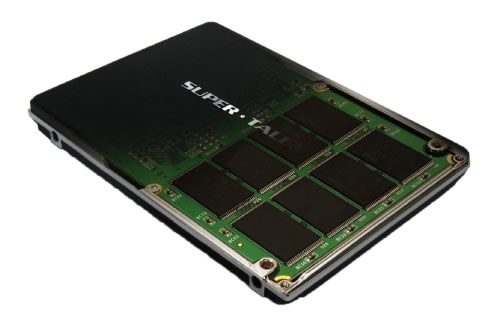 Other than the increased speeds, the new firmware also adds support for the TRIM command. This will enable improved performace with Windows 7. Topping off Super Talent's improvements is the new "Ultradrive Performance Refresh Tool," allowing users to refresh the performance of their drives should the experience performance degradation due to file fragmentation and stale data.

Those interested in reading the full press release can find it here. Those seeking the new firmware can find it on Super Talent's website.

San Jose, California - May 15, 2009 - Super Talent Technology, a leading manufacturer of Flash storage solutions and DRAM memory modules, announced it is now shipping its award winning UltraDrive SSDs with Firmware version 1370 which enables improved performance when used with Microsoft® Windows® 7. Super Talent has made a firmware upgrade tool available at www.supertalent.com to allow existing owners to improve the performance of their UltraDrive SSDs.