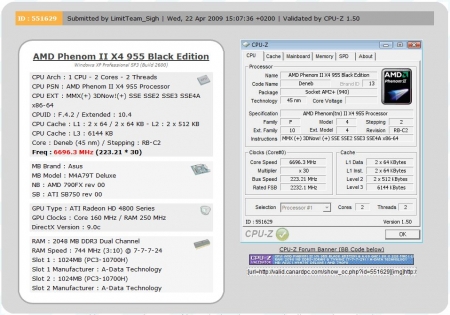 Chinese overlcoking team LimitTeam_Sigh manage to push the X4 955 CPU to more than double the stock speed using an ASUS M4A79T Deluxe motherboard, 2GB of A-Data RAM, and liquid nitrogen cooling. With such impressive overclocking results being achieved so quickly, its not hard to see 7GHz in the near future and maybe even 8GHz a little further down the road.