All NewsBusiness, Financial & LegalCases, Cooling & PSUContests & GiveawaysCPU, APU & ChipsetsDealsDisplays & ProjectorsGamingMotherboardsScience, Space & RoboticsStorageVideo CardsVirtual & Augmented Reality
All ReviewsAll ArticlesAudio, Sound & SpeakersCases, Cooling & PSUCPUs, Chipsets & SoCsComputer SystemsDisplays & ProjectorsGamingMotherboardsNetworkingPeripheralsStorageVideo Cards
GuidesGamingAsk the ExpertsNewsletterAboutForums
RTX 4090Windows 11Halo InfiniteBattlefield 2042Elon MuskGTA 6RTX 3080HDMI 2.1
Video Cards
With the launch of the ATI Radeon HD 4890 just weeks away, it should come as to no surprise that pictures are starting to pop up all over the web. It is unusual however that we see non-reference designs so early.

ASUS is working on a high-end version of the 4890 with beefed up power circuitry. TechPowerUp thinks that it will fit in nicely as either a "TOP" or "MATRIX" lineup when released. 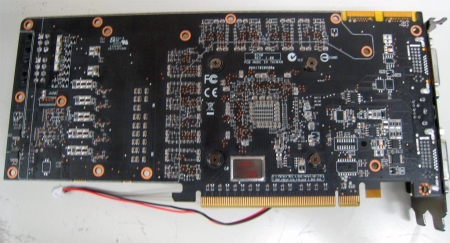 
The new card will feature a small design change with the digital PWM design, one of the two 6-pin inputs will be replaced by an 8-pin connector, and the GPU voltage will be able to be turned up to 1.4V. 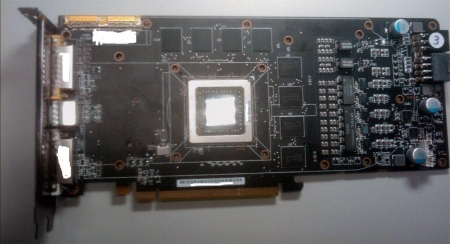 All of this should allow the GPU to overclock to at least 1000MHz. ASUS will be slapping on a non-reference cooler to keep the heat down as things are sure to get quite toasty.

As we inch closer to the early-April launch of AMD's newest graphics card, the Radeon HD 4890, pictures of the said card by various AMD partners are piling up. Among all the usual reference-design cards we have seen so far, that virtually every partner is working on, we have learned that ASUS is working on something bigger. The company already has a reference-design card in the works, and another one that is set to eye the top-spot in the range of HD 4890 cards that will hit the market.