All NewsBusiness, Financial & LegalCases, Cooling & PSUContests & GiveawaysCPU, APU & ChipsetsDealsDisplays & ProjectorsGamingMotherboardsScience, Space & RoboticsStorageVideo CardsVirtual & Augmented Reality
All ReviewsAll ArticlesAudio, Sound & SpeakersCases, Cooling & PSUCPUs, Chipsets & SoCsComputer SystemsDisplays & ProjectorsGamingMotherboardsNetworkingPeripheralsStorageVideo Cards
GuidesGamingAsk the ExpertsNewsletterAboutForums
Windows 11Halo InfiniteBattlefield 2042Elon MuskGTA 6RTX 3080HDMI 2.1Bitcoin Mining
SLI and Crossfire may soon be a thing of the past if Lucid can get their newest technology off the ground and past what I am sure will be a gang of slavering lawyers from AMD and nVidia.

According to Fudo over at Fudzilla Lucid;s new technology is capable of showing an almost linear performance jump from one GPU to two.
This is something that both nVidia and ATi(AMD) have claimed and promised for year but have never really been able to deliver (with the exception of one or two games). Lucid can deliver this in all games and applications.

The problem now will be whether or not nVidia and ATi will try to block the chip and driver once they are out. 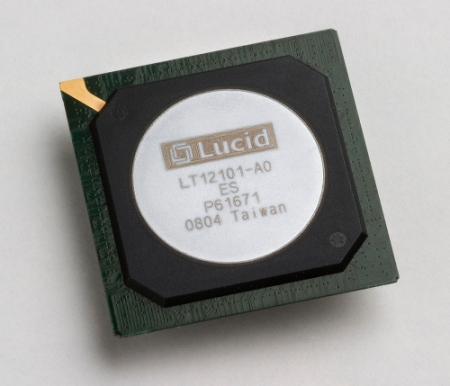 The chips that will find their place in both motherboards and graphics cards will appear on the market in 2H 2009. The prototypes are already finished, but the company didn't want to talk about any specific partners.

Anyone who has a PLX chip that makes two cards run together could be Lucid's potential customer, and obviously some guys are interested. This leaves a lot of unclear questions to be answered, as we suspect that both ATI and Nvidia might have something against a chip that makes SLI and Crossfire look like child's play, and that this could lead to a driver that will block Lucid's ability to shine